Deontay Wilder stops Eric Molina in the ninth round 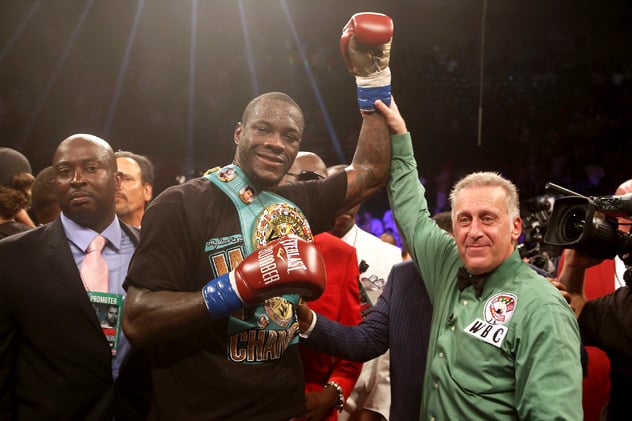 Deontay Wilder stopped Eric Molina at 1:03 of the ninth round in the first defense of his WBC heavyweight title Saturday in Birmingham, Alabama, not far from Wilder’s hometown of Tuscaloosa.

Wilder (34-0, 33 knockouts) put Molina (23-3, 17 KOs) down four times, once in the fourth, twice in the fifth and once in the final round. The last knockdown was the result of a straight right, which put Molina flat on his back and prompted referee Jack Reiss to end the fight.

Wilder survived a scare in the third round, when Molina clearly hurt the champion with a left hook. However, Molina didn’t follow up with urgency and the danger passed.

Wilder won the title by outpointing Bermane Stiverne in January.