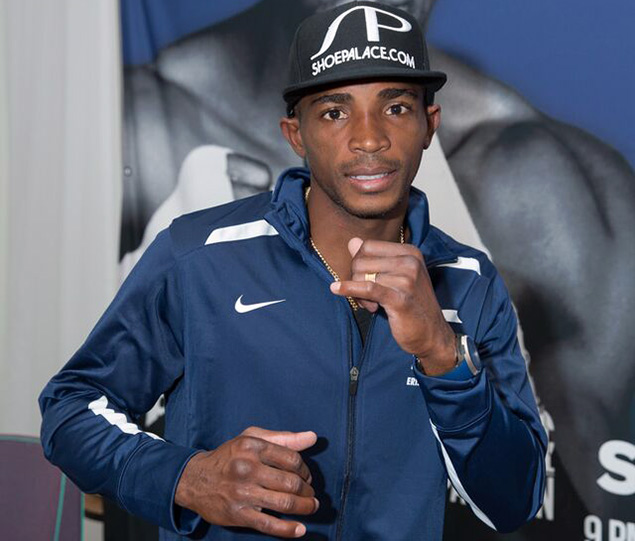 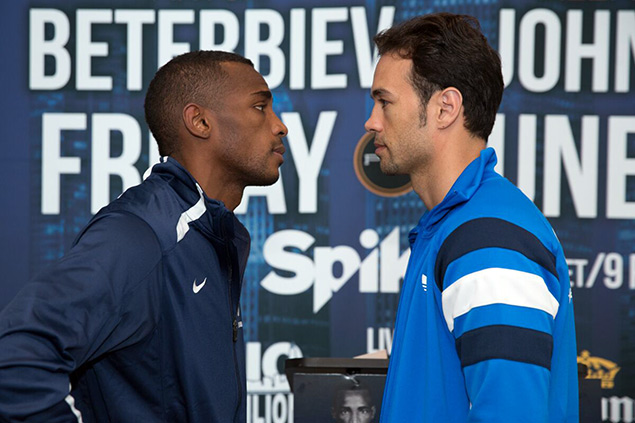 During the course of his seven-year professional career, Lara (20-2-1, 12 knockouts), his camp and his small but enthusiastic fan base are firm believers of two things: that he’s never lost a fight and that the rest of the junior middleweight division is hesitant to fight him.

The 32-year-old former Cuban amateur star has embraced the narrative. He’s soft spoken, but his words carry the same sharpness he has inside the ring.

“They know the quality I am and the danger I mean to their career,” Lara, through translator Luis DeCubas Jr., said. “[The decisions] doesn’t bother me no more. I know I’m undefeated and the world knows I’m undefeated. My big thing is moving forward and keep on winning.”

And so Lara returns Friday in an optional defense of his WBA title against Rodriguez (28-7-4, 16 KOs), a veteran who hasn’t won a fight in just over two years. The fight will take place at the UIC Pavilion and is the latest main event of the “PBC on Spike” series.

Rodriguez is a peculiar matchup for Lara, who is coming off a December victory over Ishe Smith. To his fans, it’s an indication that Lara can’t land the quality of opponents he’s been craving. To others, the fight is a one-sided mismatch not worthy of main event status.

“Delvin Rodriguez is just another fighter,” Lara said. “I don’t look at guys by their names or their records. I look at them as just another fighter. Delvin is a good fighter. If you look at my resume, I’ve fought fighters in the whole division. I’m going to fight everybody and the other bunch doesn’t want to fight me. Rodriguez took the opportunity to step up to the plate, and I have to respect it.”

There’s a direct contradiction in the way Lara speaks. On one hand, he boasts how fighters won’t fight him. On the other, he’s quick to say that he doesn’t pay attention to names or records.

It’s part of the other narrative that surrounds Lara ÔÇö that he’s boring and not large enough of a draw to attract big-name fighters.

Rodriguez even mentioned that Lara’s style inside the ring ÔÇö one full of movement and reliance on counter-punching ÔÇö lacked significant substance.

“I’ve been reading the media a lot and there’s a lot of saying that it’s going to be a boring fight,” Rodriguez said during Wednesday’s final press conference. “Well I promise the fans: Whatever I do, I will make it an exciting fight. It has to be an exciting fight if it’s Delvin Rodriguez. This is my last chance.”

Lara, however, said he doesn’t feel any pressure to change his style to make it more crowd appealing. As he referenced the Alvarez fight, Lara added that he wasn’t the one at fault for the lack of action.

“Everyone can have their opinion,” Lara said. “I think there’s no way you can look at that fight, and say I didn’t win it. I took him to Cuban school. I beat him clean.

“In this fight [against Rodriguez], it presents itself to be a fight. I think it has more to do with fighters in front of me putting pressure. Alvarez wasn’t willing to take risks. It takes two to tango.”

Although it’s been two years since his last victory, Rodriguez still remembers his last win ÔÇö an eighth-round stoppage over Freddy Hernandez in May 2013. That win, however, lacked something to make it truly enjoyable.

“The excitement and motivation wasn’t there,” the 35-year-old former title challenger said. “I knew I had an amateur coach. My team wasn’t there and I just wasn’t there. I wasn’t giving it all I had.”

Rodriguez, though, said the same lack of passion carried over for the Cotto fight, in which he was knocked out in the third round said was the worst training camp of his career.

But for the Lara fight, which Rodriguez acknowledges is his last chance for a title, Rodriguez said he’s surrounded himself with a new team. For the last three months, Rodriguez has been in training camp with trainer Roberto Gonzalez.

“As soon I heard about this fight, we started getting ready,” Rodriguez said. “Me and my team, we have great communication. Everything is fluent. It sounds crazy, but this is the first fight where I feel like everything fits together.”