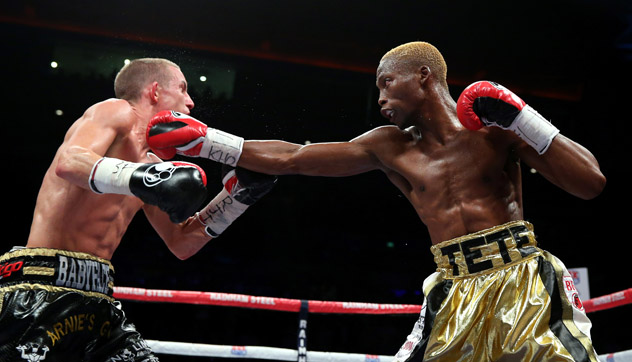 Former IBF bantamweight titleholder Paul Butler will return to the ring on July 11 against Mexican Gustavo Molina in Manchester, England, and has vowed to put his first professional defeat behind him.

After winning a version of the world title from countryman Stuart Hall, Butler dropped down to junior bantamweight, his natural weight class. He challenged Zolani Tete for the IBF title but was outclassed and knocked out in eight rounds by the super-talented South African.

“For me, this is about getting back in the ring and doing what I do best,” said Butler in a press release issued by Queensberry Promotions.

“I’ve learned from the Tete loss and, although I’ll never forget it, I have to start rebuilding and get the confidence back. That means getting back in the ring and mixing it up, which I’m sure Molina will want to do. I’m certainly not looking past him and he’s my first and only thought. Once I deal with him then I’ll be in a better position to see what’s next but I want to be world champion again.”

Butler versus Molina will support Terry Flanagan’s bid to capture the vacant WBO lightweight title at the expense of American puncher Jose Zepeda. The show will be broadcast live and exclusive on BoxNation (Sky 437/HD 490, Virgin 546 and Talk Talk 525). You can subscribe at www.boxnation.com or watch online at livesport.tv, and via iPhone, iPad or Android.