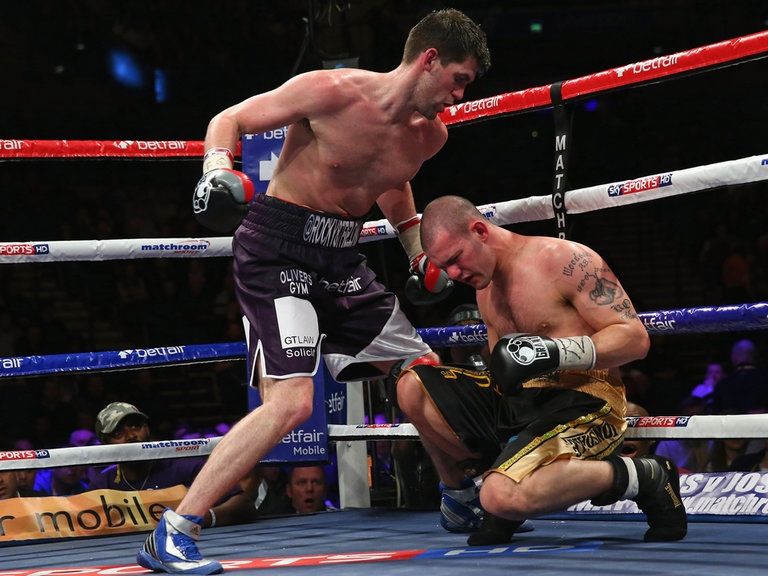 English super middleweight contender Rocky Fielding plans to send a clear message to the rest of the division by stopping experienced American Bryan Vera later this month at the Echo Arena in Liverpool, England.

The undefeated 27-year-old Merseysider lines up against the tough Texan on June 26 as a part of card featuring 168-pound compatriots Martin Murray, on his debut at the weight, and Callum Smith, who faces former European titleholder Christopher Rebrasse. Local cruiserweight favorite Tony Bellew is also in action against veteran Czech Lubos Suda.

However, it is Fielding’s showdown with 33-year-old Vera (23-9, 14 knockouts) that is likely to be the most anticipated fight of the night and the rising British star intends to enhance his growing reputation with a spectacular KO of an opponent renowned for his resilience. Only twice in his career has Vera lost in that manner and not since 2008 as a middleweight.

“The better the opponent in front of me, the better I will perform,” said Fielding (20-0, 11 KOs). “I’m confident that when Vera feels my power and what I can do – he won’t want to know. I’m keen to get him out of there via a stoppage. Julio Cesar Chavez Jr. couldn’t do that on either occasion, nor could Willie Monroe Jr. – it would make a real statement.

“I’ve been watching footage of Vera with my trainer, Oliver Harrison. I don’t expect anything too different from him stylistically. He has good fitness and I expect him to come forward and try to chop away at me – but I’ll break him down as the fight progresses.

“It’s a massive fight for me and if I have to produce a big performance, do that and it can really put me into the mix on the world stage. After this fight, I will sit with my team and plan our next move. I don’t feel too far away from a world title fight, maybe another tough fight after this, and then I will be ready.

“I want to prove that I’m world-class. The things I do in the gym with Oliver demonstrate that; it’s just making the transition into fight night.”