Luke Campbell and Tommy Coyle to collide on August 1 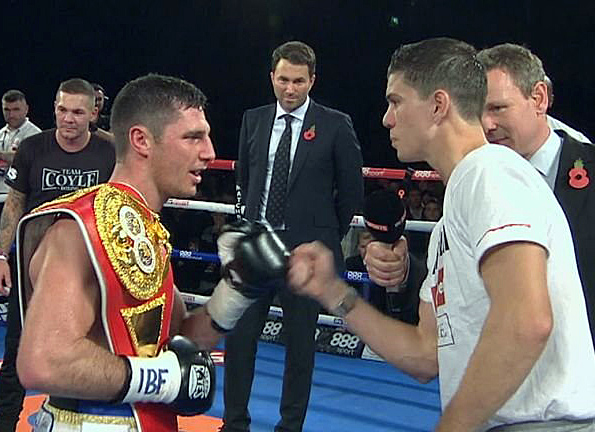 Lightweight neighbors Luke Campbell and Tommy Coyle will collide on August 1 and put to rest the argument of who is the best 135 pound fighter in their home city, according to the Hull Daily Mail in the U.K.

Campbell, an Olympic gold medalist at London 2012, has won eleven straight fights in the professional ranks, with nine knockouts. The rapid fire southpaw is immensely talented and has already opened as a heavy favorite with odds makers.

Coyle can box and punch and has, without question, mixed in better company. He was well on his way to claiming the Commonwealth title from countryman Derry Mathews before being scorched by a single left hook and his 12th round stoppage of Daniel Eduardo Brizuela was a fight of the year candidate.

The event will be promoted by Matchroom Boxing, who will make an official announcement this week.