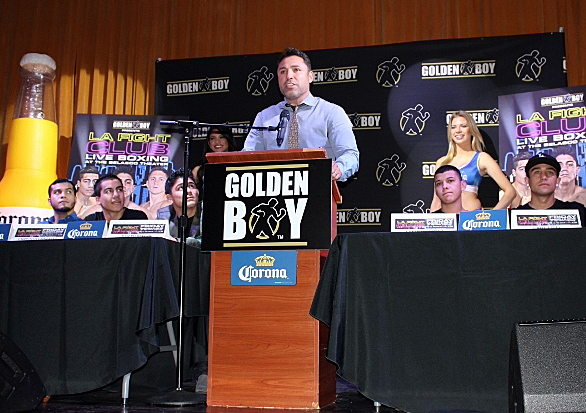 Oscar De La Hoya, the president and founder of Golden Boy Promotions, is scheduled to attend the June 4 edition of LA Fight Club at the historic Belasco Theater in downtown Los Angeles and will host a special meet and greet with fans prior to the Fox Sports 1-televised bouts from 6:00 pm to 7:00 p.m., according to a recent press release.

Fans with tickets to the event will have an opportunity to come by the upstairs ballroom, take a picture with De La Hoya and have him sign boxing memorabilia.