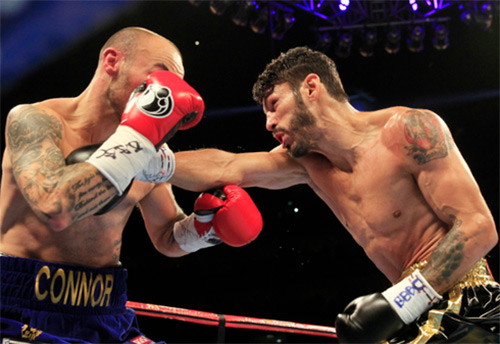 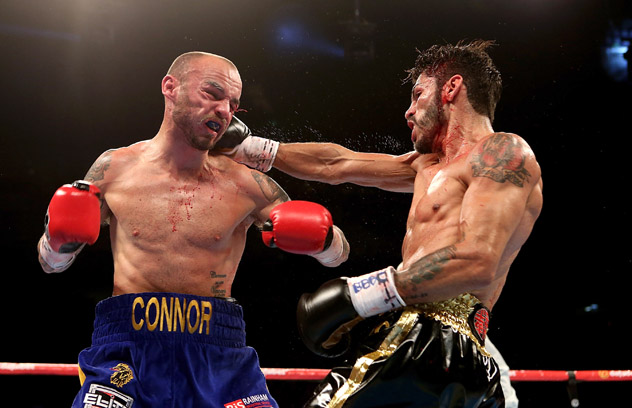 Lightweight Kevin Mitchell’s two previous world title shots were nights he’d rather forget. Defeats to Michael Katsidis in 2010 and Ricky Burns in 2012 hardly covered the loser in glory, but a tenth-round stoppage loss to WBC world lightweight champion Jorge Linares this evening in London saw Mitchell box brilliantly at times, drop the champion, battle back from the brink and ultimately go out on his shield in a sterling encounter.

Perhaps forever the nearly man of British boxing, Mitchell succumbed to a volley of body and head shots in round ten before crumbling to the canvas under fire, an image of a man drained of all resources, his face bloodied and disfigured, his mind weary, his body no longer able to perform actions that once came so instinctively, so easily.

In retrospect, Linares’ danger and punch power were evident from the moment he backed Mitchell up and landed a jolting right hand on the Londoner in round one. This led to the champion then taking center ring in round two and getting the better of the action with his quicker hands and smoother combinations.

Mitchell, for his part, relied on kamikaze left hooks and left uppercuts from the outside, most of which fell short or were blocked, but, by rounds three and four, had settled into the contest and seemed buoyed by Linares’ sudden inability to find his range. Jabs snapped into the Venezuelan’s face, marking him up and reddening his nose, while Mitchell’s movement, once jittery, now helped him find holes to exploit.

Round five saw Mitchell turn these slight adjustments into something tangible – a knockdown. He traded with Linares at close range and stung the champion with a short right hand. Linares took a knee and was up at eight. There was a sense he might unravel just as he’d done in the past. Stoppage defeats to Antonio DeMarco and Juan Carlos Salgado immediately sprung to mind, and one could tell they were on Mitchell’s mind, too, as he raced across the ring and attempted to finish Linares with wild flurry after wild flurry. This triggered a number of dramatic exchanges. It also allowed Linares back into the round, mind you, as he capitalized on Mitchell’s wild ways and found some counterpunches of his own. Alas, the round ended on even terms, both giving as good as they got. 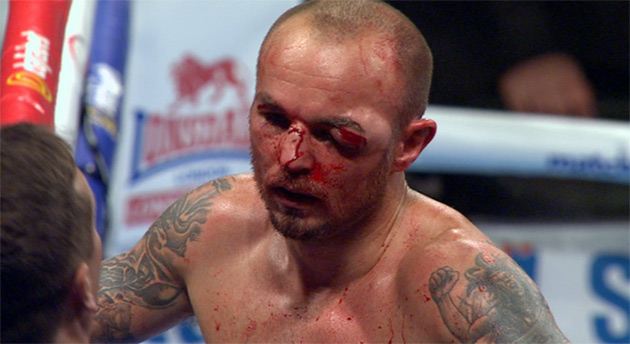 The sixth and seventh rounds found Mitchell, 39-3 (29 KOs), continuing to build on his newfound momentum and, at times, box superbly behind a sharp left lead and a variety of hooks, uppercuts and flashy right hands. Linares continued to stalk, of course, and he continued to find the odd success up close, but Mitchell started to look in control, the London crowd fully behind him. There was an air of confidence about the hometown man. Everything now seemed to flow. He performed moves without thinking about them.

But Linares, 39-3 (26 KOs), was there for the long haul and a couple of sub-par rounds weren’t going to dilute his desire to hold on to his world title. And perseverance and sharp-shooting, especially with his right cross, started to pay off and make their mark on the bloodied and deformed face of Mitchell in rounds eight, nine and ten.

A sliced left eyelid provided cause for concern in the eighth and copious amounts of Vaseline could only do so much to stunt the blood pouring from the wound. Indeed, by the time the curtain came down in round ten, Mitchell was covered in the stuff. He was also attempting to breathe through a broken nose and sported an unsightly haematoma on the left side of his face that made him almost unrecognizable.

Not that Linares cared, of course. His pursuit of the finish was merciless, relentless and without any kind of hesitancy. Rather, he staggered Mitchell twice in round ten with single right hands, both of which backed up the challenger to the ropes, and then eventually pummeled him into submission with both hands in one of the four corners of the ring. On a night like this – when he seemed so inspired, so well-prepared, so good – it was perhaps the only way Mitchell was going to be beaten.