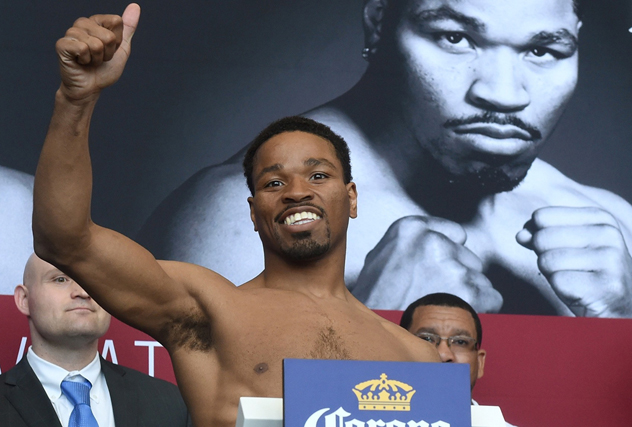 22
May
by Andreas Hale 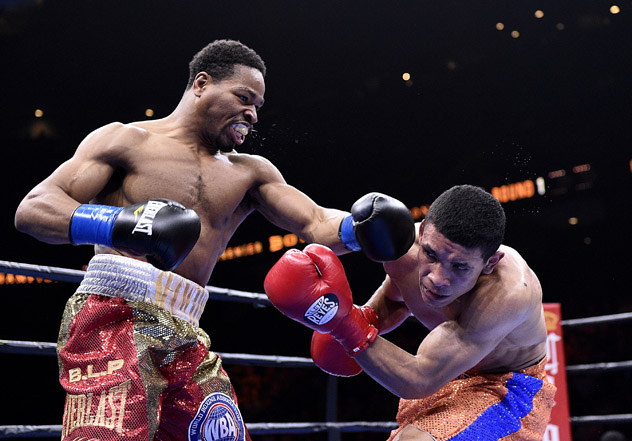 Shawn Porter (L) hammers Erick Bone en route to a fifth-round knockout in March 2015. The win was Porter’s comeback from his loss to Kell Brook the previous August. Photo by Kevork Djansezian/Getty Images.

On June 20 at the MGM Grand Garden in Las Vegas, Adrien Broner and Shawn Porter will clash in a highly anticipated showdown between two of the sports brightest stars who aren’t just a clash in styles, but also a clash in personalities. The intriguing matchup will headline Premier Boxing Champions on NBC and already has fight fans clamoring for what is expected to be an intense showdown.

What is already interesting about this matchup is that it will take place at a catchweight of 144 pounds. While most anticipate that this is an advantage for Broner – who has successfully campaigned at 140 but took a devastating loss at the hands of Marcos Maidana at the 147-pound limit – because Porter is naturally bigger, “Showtime” tells RingTV that the catchweight is absolutely nothing to worry about.

“I think this is about him getting all the advantages that he thinks he can get,” Porter (25-1-1, 16 knockouts) said earlier this week. “I’m not worried about losing the three pounds. All that means is that I’ll have to work a little bit harder. No problem.”

For Porter, the fight with Broner (30-1, 22 KOs) is a bit of a surprise considering that most didn’t anticipate A.B. to face another pressure fighter in a higher weight class after he struggled mightily with Maidana at welterweight. The three-time world champion moved back to junior welterweight and has won three in a row since the Maidana loss. Most expected he would remain in that weight class. But when the call came with the catchweight being the only concession, Porter said that he responded by telling Broner’s team to “just sign the contract.”

Broner’s team did just that and now we’ll see two of boxing’s best young talents on the big stage this June. Add that to the fact that it is on free television is a cherry on top of a magnificent sundae that Porter plans to devour on June 20.

“This fight is like a World Series or NBA Finals because people will be able to tune in for free and get a great fight,” Porter said. “And I’m going to do something in the ring that night that’s going to leave an everlasting effect on everyone out there.”

With Broner also comes his often-polarizing way of marketing fights through an endless stream of trash talk. While entertaining to some, others feel that Broner lacks tact and damages his own credibility. Porter, on the other hand, is not one to engage in the art of verbal jabs and would prefer to let his fists to do the talking. So when Broner starts talking, don’t expect Porter to respond.

“He has a big mouth for a gimmick,” Porter said when asked about Broner’s colorful way of promoting fights. “I don’t have a gimmick; my gimmick is what I do in the ring. Whatever he says, there will be no backlash. All of the backlash will take place on June 20 because that’s when it matters.”

Porter’s father and trainer, Kenny, also offered his two cents on Broner and the notion that the fighter who has made headlines on blogs for his crass behavior may not be taking his craft seriously.

“You ‘play’ football or baseball but you don’t ‘play’ a game of punch me in the face,” the elder Porter explained. “For those guys who like to play boxing, like Adrien Broner, It’s going to catch up to him on June 20th.”