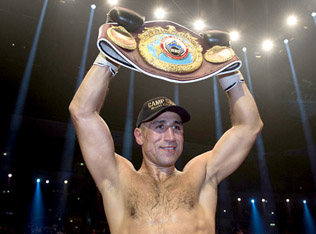 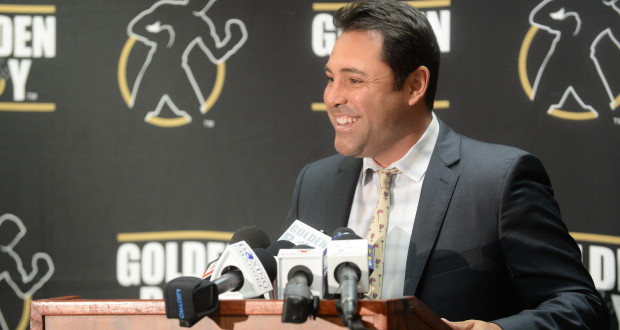 Linares (38-3, 25 knockouts) fights under the Golden Boy Promotions banner and De La Hoya expects the talented Venezuelan to be severely tested by hometown favorite Mitchell, a popular boxer/puncher who is desperate to capture his first major title.

“Jorge Linares is a world champion fighter who is determined to give Kevin Mitchell a difficult time in the ring,” said De La Hoya in a press release issued by Matchroom Sport.

“Mitchell may have hometown advantage but Linares’ speed and skill will give him a considerable challenge. Make no mistake; this will be a difficult fight for both guys and one that is sure to excite.”

Linares, rated No.5 by THE RING at 135 pounds, became a three-division titleholder when he stopped Javier Prieto in four rounds last December. Mitchell (39-2, 29 KOs), who is rated No. 7, has halted five of his last six opponents and only Michael Katsidis and current stablemate Ricky Burns have defeated him.

The card is headlined by Kell Brook, who will be defending his IBF welterweight title against Frankie Gavin, while Lee Selby challenges Evgeny Gradovich for the Russian’s IBF featherweight strap.

Information courtesy of a press release.