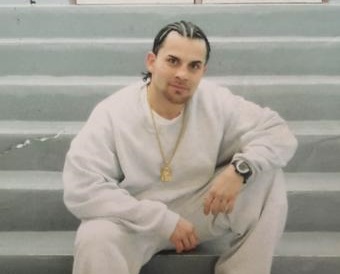 15
May
by Coyote Duran

Hard place to find yourself, that ring.

Isn’t there a softer way to do the introspection thing? Isn’t there a way to do it without risking brain damage or worse? Not for some folks, guys not built like you and meÔÇª

Eleser Lee Ortega is one. Came up the hard way. Dysfunctional home. Lacking proper attachments and role models, he followed the wrong path when he was young and foolish. He got snagged. Ortega got popped for dealing and had to sit and ponder his choices and the sort of life he’d live when his stint, four inside, three years outside under supervision, was up.

Years, he did. Inside, he saw things, they touched him enough to know, Never again.

And coming out, he knew he needed to test himself, put himself through a stern obstacle course to keep himself on message, honest, structuredÔÇª

“I needed to gain my life back, and I did by fighting,” the Connecticut resident told me. He had a decent amateur base and turned pro in 2000, losing to Paul Williams, yes that Paul Williams in Georgia. Three wins followed, a loss, then a winÔÇªand then prison. In 2012, he got out and went back to work, with the focus being the ring. The goal was to make up for lost time. That was a lot of time and this game isn’t kind even to those with young musclesÔÇªHe tried and work his tail off and snagged a bout – and won. But making ends meet is hard for all but the top tier of fighters, so he took jobs and found it hard to keep training. But the boxing, it stayed in his blood. “I got into a car business, used cars and towing and I decided to hang up the gloves but I missed it every day,” he told me. “So I said, let me start doing the management side of it. I found Mike Oliver, a featherweight. My new company is called Team Lee’s Tribe, and my dealership is Team Lee’s Tribe Automotive! I have four fighters, Mike, Douglas Okola, Joe Wilson, Christian Camacho (son of the late Hector Camacho Sr.) and Ricardo Williams, the ex-Olympian.”

And what does he bring to the sport’s table in this capacity? “I’m a fighter; I know what it’s like to come out, the struggle, and make it back to becoming successful again in life. I’m not a manager that’s just coming in with no knowledge of the game. I came from the game since I was in the military. I went away for importing drugs and distributing and the FBI picked me up. Now, some guys have money but zero knowledge. Some people think I’m crazy but jail was the best thing that happened to me. Jail showed me the worst and I re-learned the word gratitude and the value of appreciating things in life. Now, I don’t take anything for granted. I work very hard at whatever I do.”

We chatted about Floyd “Money” Mayweather Jr., who also did time, discussed how it changes you – or doesn’t. “Some of us go in and accept the responsibility and drive on and want a better tomorrow, a better life and future and learn off that mistake,” Ortega told me, “and make sure [to] never [go back] again. You will learn to make wiser decisions always and appreciate and show gratitude.

A few days after Floyd did his thing, an easy work session against Manny Pacquiao, I heard back from Ortega. “Just so you know, as of today, I’m the Connecticut rep for Classic Entertainment and Sports (CES), for Foxwoods [Resort Casino] and Mohegan Sun,” Ortega told me, pride dripping from his voice.

You guys know I periodically do these stories because we have to inform people – or remind them – that this sport has an upside. It’s a landing place for the displaced, the misplaced, the harder types who aren’t welcomed into the softer spheres of society. The ones who aren’t going to Harvard, hell, even community college, who didn’t grow up in a safe and structured environment and need a place where they feel safe, somewhere with just enough dysfunction where they feel comfortable. Boxing, baby. It fills a niche in a world that can too often be unkind, harsh, uncaring. It’s not a perfect sport but is often the best place for imperfect people, who are striving, every day, to do good.