Sergio Martinez: Best fighter of Argentina in the past 20 years 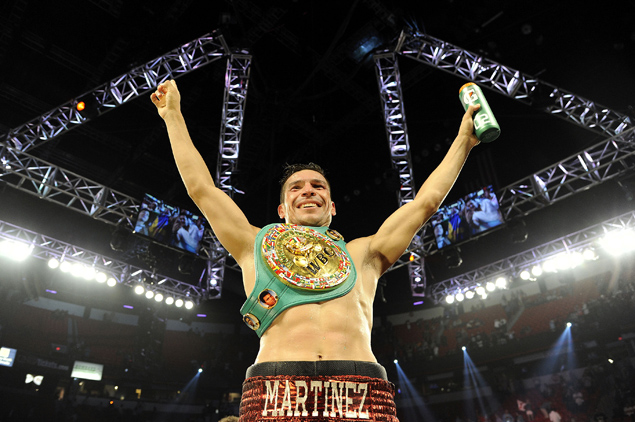 In spite of his almost year-long inactivity and his still unofficial retirement, on May 11, former RING middleweight champion Sergio Martinez was awarded the “Golden Firpo Award” by the UperBox (Boxing Writers Union of Argentina, in its Spanish acronym), declaring him the best fighter of the past 20 years, over fellow champions and finalists Omar Narvaez and Jorge Castro, at the organization’s emotional 20th anniversary dinner. Trailblazing female multi-titlist Marcela Acu├▒a received the same award as Martinez, ahead of fellow top female boxers Yesica Bopp and Erica Farias.

“I believe they are giving an award to a guy who had a dream and went to great lengths to make it come true,” said Martinez, “but everything began as a dream for me and you have to dream big to come this far.”

In a star-studded dinner at the lavish Salon Diquint in Buenos Aires, Martinez picked up the trophy and gave a short speech in which he paid tribute to the country’s past and current champions, many of whom were in attendance. Sergio Palma, Pedro Decima, Marcelo Dominguez, Lucas Matthysse, Santos Laciar, Gustavo Ballas, Carlos Baldomir, Juan Coggi and many other champions and contenders past and present picked up awards for their lifelong achievements.

Surprisingly, the award for best fighter of 2014 went to Alberto Melian, a prospect with an enormous future, who is currently competing in the AIBA Pro Boxing ranks (a professional league run by the world’s only governing body in which boxers retain their Olympic eligibility). Melian is currently ranked as the best fighter at bantamweight in that particular league. Because of his Olympic eligibility, Melian was also chosen as the best amateur fighter of 2014, in a unique decision allowed by the blurry dividing lines among the different boxing disciplines under the new AIBA rules.

Mirroring the choice of its American counterparts, the UperBox chose the Matthysse-John Molina Jr. bout as the best fight of 2014 and Jorge Sebastian Heiland’s demolition of Matthew Macklin was chosen as the best knockout of last year.

The ceremony included a few highly emotional moments in tribute to a few of Argentina’s most illustrious champions and contenders like Carlos Monzon, Nicolino Locche and Oscar Bonavena. At different moments during the ceremony, the sons, daughters and grandsons of those three great fighters were brought to the stage to receive lifetime achievement awards. Later, three of the writers who closely followed these champions shared previously unheard stories about those boxers with their relatives, with the help of a special video made for the occasion. 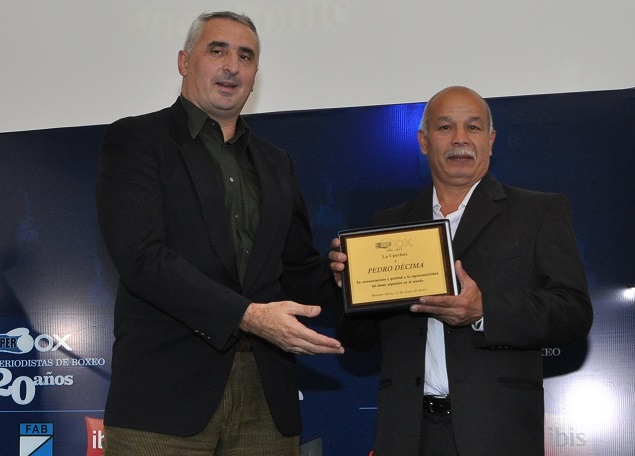 The rest of the awardees are as follows: