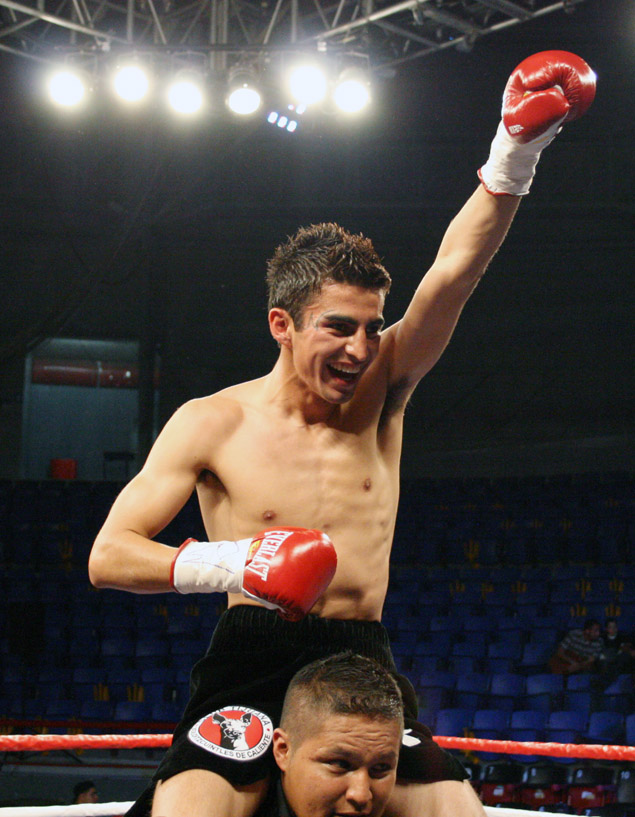 Junior bantamweight prospect Ivan Morales, the younger brother of Erik Morales, will face Danny Flores, who is trained by Marco Antonio Barrera, in an eight-round bout on the undercard of the Gennady Golovkin-Willie Monroe, Jr. middleweight title bout on Saturday at The Forum in Inglewood, Calif., Golden Boy Promotions announced on Tuesday.

“I am very happy and excited for this great opportunity,” said Ivan Morales (27-0, 15 knockouts), of Tijuana, Baja California, at the Golovkin-Monroe final press conference. “I know how important it is to be part of this fight card. I have seen film of Flores and I know he is a skilled fighter, but I know my talent and my desire to win will dominate the fight this Saturday.”

“The tradition of Morales vs. Barrera will continue this Saturday since Flores is currently trained by the legendary Marco Antonio Barrera and his brother,” said Robert Diaz, Head Matchmaker of Golden Boy Promotions. “This fight will add to the intensity and explosiveness to a card headed by the talented Gennady Golovkin and Willie Monroe Jr.”

Morales, who is fighting for the first time in 2015, has defeated former titleholder Cesar Canchila and former two-time world title challenger Luis “Titi” Maldonado. Flores, from Mexico City, holds a record of 14-6, with 8 KOs.