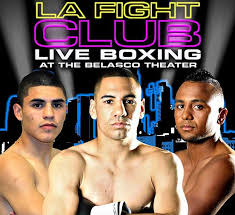 Manuel ‘Tino’ Avila will be back in action tonight against a new opponent.

The unbeaten junior featherweight will fight Erik Ruiz in a 10-round bout at the Belasco Theatre in Los Angeles, Calif. The bout will headline a Golden Boy Promotions card and will be televised live on Fox Sports 1 and Fox Sports Deportes.

In his last bout on Aug. 22, Avila (16-0, 7 knockouts) scored an eighth -ound knockout over Sergio Frias. The bout took place in Avila’s hometown of Fairfield, Calif.

Ruiz (13-2, 6 KOs) hopes to rebound from his eight-round unanimous decision loss to unbeaten Diego Magdaleno on Jan. 10. The Oxnard, Calif. resident is trained by Robert Garcia and has sparred with some of the best fighters that train at Garcia’s famed gym.

In the co-feature bout, Diego De La Hoya will fight Ramiro Robles in an eight round featherweight bout.

Below is the official bout sheet for the entire card along with the fighters’ weights from Thursday’s official weigh-in: 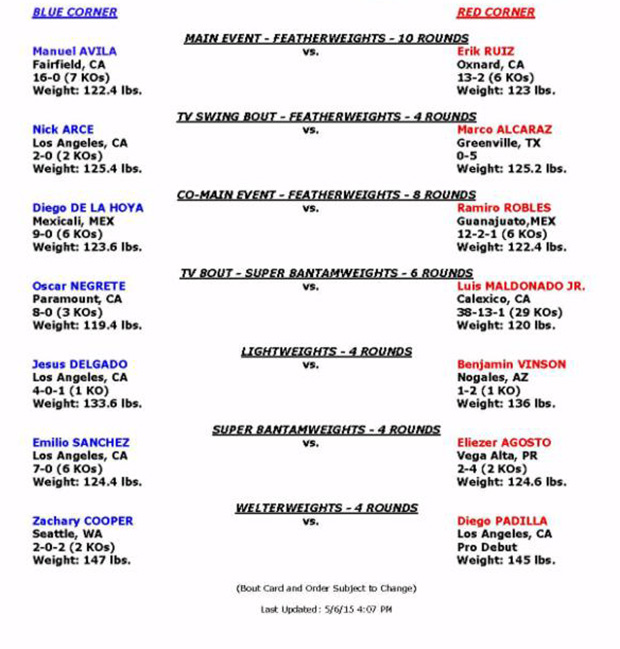