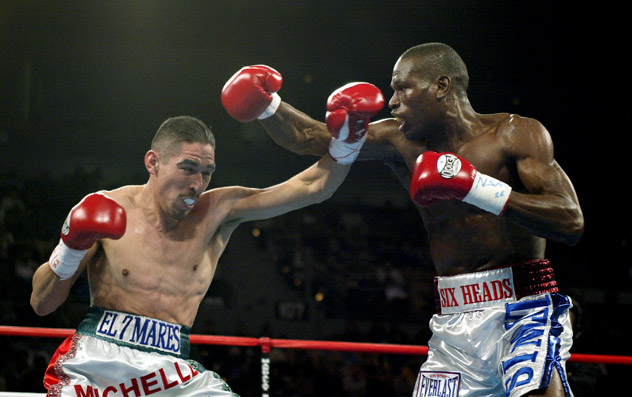 Former WBA welterweight champion Andrew Lewis died Monday afternoon being hit by a car while riding his bicycle in his native Guyana outside the capital city of Georgetown.

The news was confirmed by Lewis’ trainer Butch Sanchez, who posted the news on his Facebook with the message: “Thanks for Love you gave me Champ you will Always be my Champ ! RIP CHAMP !”

Lewis – a heavy-handed southpaw known as “Six Heads” – turned professional in 1993 and defeated title contenders Terrence Alli and Teddy Reid before knocking out James Page on “HBO Boxing After Dark” to win the vacant WBA welterweight title in February 2001.

Lewis defeated Larry Marks in his first title defense but his second defense against Ricardo Mayorga was declared a no-contest due to an accidental headbutt in Round 2.

Mayorga knocked Lewis out in five rounds in the rematch to take the title. After a second-round TKO loss to Antonio Margarito in 2003, he returned to Guyana for his final four bouts before retiring in 2008.

A call for comment from Lewis’ boxing manager Nelson Fernandez was not answered on Monday evening.