Floyd Mayweather Jr.’s antics: What might be behind them? 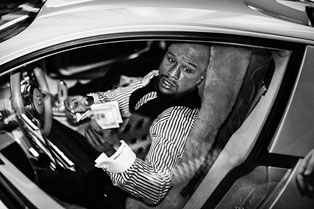 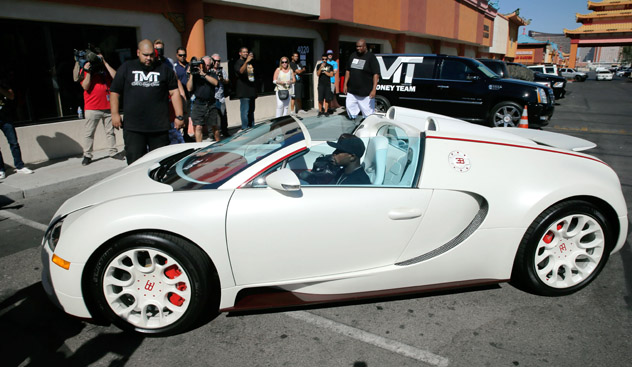 LAS VEGAS – Floyd Mayweather Jr. is as adept at flaunting his money as he is in the ring. All you have to do is consider his mouthpieces, which reportedly are filled with gold, diamonds and $100 bills and worth a reported $25,000. That’s extravagance.

Question: Why is Mayweather compelled to demonstrate how wealthy he is at every turn? And should we object to it or have fun with it? And how much of it is just part of his schtick?

THE RING asked a number of people with expertise in human behavior – none of whom have met Mayweather – and others who simply have strong opinions about Mayweather’s antics, both critical and supportive, to explore those questions.

Dr. David M. Reiss, a psychiatrist with more than 25 years of experience, said Mayweather’s behavior suggests he is insecure.

“It fits the pattern of the public figure, sports or otherwise, who on the surface have everything but underneath have problems with insecurities,” Reiss said. “Usually someone like that, unless they’re constantly getting attention, they fall back to feeling empty.

“ÔÇª A lot of athletes, even politicians and performers, are only alive when they’re on stage. If they’re not on stage, they’re very empty people.”

Said Dr. Gregory Kaliss, a professor whose research focuses on sports and race: “Floyd Mayweather Jr.’s tendency to flaunt his wealth fits in with a broader tendency of low-income athletes – of all races and nationalities – to spend lavishly and visibly. For poorer individuals surrounded by deprivation and reminded daily of their lack of access to consumer goods and wealth, the financial windfalls of professional sports can be dizzying.

“In spending big on high-ticket items like mansions, cars and jewelry, these athletes affirm that they have made it out of their impoverished background. That’s why so many athletes end up with financial troubles later in life.”

Dr. Mitch Abrams, a sports psychologist, believes Mayweather’s behavior – the flaunting of his wealth and what some perceive to be his arrogance in general – is just part of a persona that has served him well.

“One of the things that people really need to consider is that in order to be the best at what you do, you have to believe you are,” he said. “The reality is fear and doubt interfere with peak performance. ÔÇª I think a lot of it is ingrained in him a long time. He is somebody who has worked as hard as he possibly can to never be in a one-down position. And he’s done a masterful job of it. He’s amazing in the ring.

“He’s a cerebral fighter and a marketing genius. He has been impressive in his ability to use his personal flamboyance to build his self brand.”

Dr. Stanley Teitelbaum, a sports psychologist, suggested that Mayweather has been spoiled by those around him.

“From the time he hits his first home run or throws his first touchdown pass in pee wee football, from that point on, he has an entourage that is eager to cater to him, to coddle him. It becomes a condition to march to the beat of his own drummer.

“I feel this type of person lives in a bubble, does what he wants and doesn’t worry about the consequences. Many star athletes are like that. He may fall into that category.”

April Masini, the author of four books on relationships and the “Ask April” column, is clear on who she wants to win when Mayweather fights Manny Pacquiao tonight at the MGM Grand in Las Vegas.

“When so many are struggling to make ends meet and are just barely getting by, I find Mayweather’s burning of $100 bills disgraceful,” she said. “Pacquiao defines humility, Mayweather narcissism and egotism. These men’s characters and values could not be any more different.

“I hope Pacquiao knocks him out!”

Jacob Sirof, a Los Angeles-based comedian and avid boxing fans who grew up in a diverse neighborhood in San Francisco, has the opposite perspective.

“I think it’s just part of the character,” said Sirof, comparing Mayweather to a manufactured professional wrestling personality. “It also comes from his poor situation. A lot of the boxing media, white guys who went to college, tend to misunderstand guys like Mayweather and [Adrien] Broner. They’re typical class clowns in the African-American culture; they’re the popular kids. When you put them in front of the white media, people don’t really understand the inner-city mentality.

“And Mayweather risks his life to entertain us. It’s not like he robbed a bank and is bragging about all the money he has. He’s clearly the best in the world at the hardest thing to do in sports. Who cares what people think? On a visceral level, I do find it entertaining.”

Everyone has an opinion on Mayweather.