Only Wladimir Klitschko would apologize for a one-sided victory 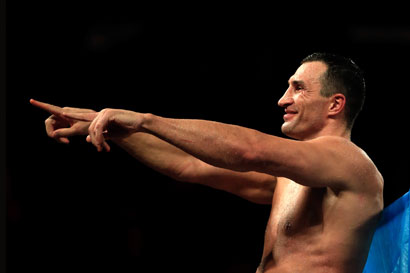 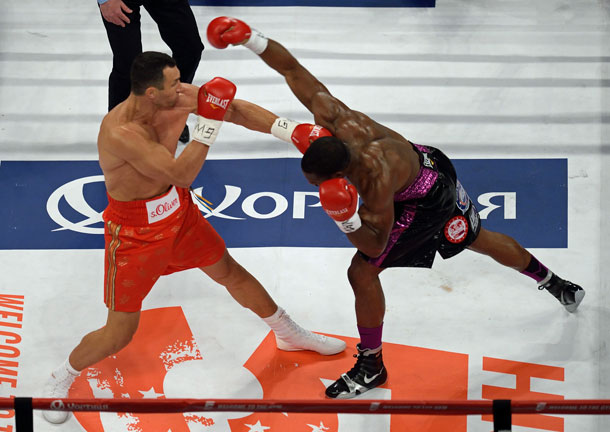 NEW YORK – Wladimir Klitschko was almost apologetic at the news conference that followed his wide decision over Bryant Jennings on Saturday at Madison Square Garden.

It wasn’t so much that Jennings performed better than most people expected him to. He gave Jennings credit for that. Klitschko bemoaned his inability to end the fight in spectacular fashion, as he did when he stopped Kubrat Pulev in five rounds in his previous fight.

The 17,056 at the Garden seemed to be pleased that they got a reasonably competitive fight but it wasn’t good enough for the champ.

“I did expect a tough challenge,” said Klitschko, who defeated Jennings 116-111, 116-111 and 118-109. “Honestly, Bryant Jennings was really, really mobile. It was really tough to hit him. I couldn’t find the key, the right distance to land the punches I wanted to land. The punches I threw unfortunately hit his arms. ÔÇª

“I was confident I would get a win, confident I was going to defend my titles. Unfortunately I didn’t defend in as impressive a way as I usually do, for example, my past fight in November against Kubrat Pulev. It was challenging. He was trying in his own way. I have to give him credit for that. ÔÇª

“I’ve been in this business a long time. This was my 67th fight. Some fights are exciting, some other fights are less exciting. This probably belongs to the ones not as exciting as the fans were expecting. But, as I said, a win is a win. The Klitschko story continues.”

Next up for Klitschko, he believes, is Tyson Fury, the 6-foot-9 behemoth from the U.K. whose extroverted nature (read: big mouth) would make for an entertaining promotion.

Fury probably wouldn’t be the one to knock off Klitschko, although his size presents an interesting scenario. However, Klitschko-Fury is the biggest possible heavyweight matchup in Europe. Klitschko suggested the fight would be in Germany (his home base) or the U.K.

In either location, the fight very likely would fill a large stadium assuming the two can strike a deal and there’s no reason they couldn’t. Fury also is keen to fight Klitschko. It could happen toward the end of the year, as per Klitschko’s scheduling pattern, but that hasn’t been settled.

Fury is the mandatory challenger for Klitschko’s WBO belt.

“This is something we need to figure out,” Klitschko said. “Where it’s going to happen, I don’t know. That’s something we have to work out in the [coming] weeks or days.”

Klitschko also was asked about Deontay Wilder, who wears the only major belt – the WBC version – not owned by Klitschko. His brother, Vitali Klitschko, gave up the WBC title in 2013 and then retired.

“Yes, there is one belt missing,” Klitschko said. “It was in the Klitschko family. I’ve never held the WBC championship. Such a unification fight against Wilder would be fantastic. But it’s not going to happen in the next fight. I think Deontay needs to defend his title for the first time since he won it.

“Probably such a fight will happen at the beginning of next year but hopefully it’s going to happen.”

A victory in his next fight would be a milestone for Klitschko. The decision over Jennings was his 18th consecutive successful defense of the IBF title he won by stopping Chris Byrd in 2006, one shy of Larry Holmes for No. 2 on the all-time heavyweight list.

Klitschko is uncomfortable comparing himself with such boxing legends but, as he approaches them in terms of successive defenses, he is asked about them all the time.

If he continues to win twice a year, the 39-year-old Ukrainian wouldn’t reach Louis until 2018. That’s a long way off, Klitschko pointed out.

“You’re still asking that question and I’m still answering it by saying these guys are idols for me,” he said. “I’m afraid to talk about [Louis’] record, I respect him so much. I still look up to him and what he did in boxing.

“It’s probably impossible to break [the record]. What was this? My 18th title defense? That’s seven more title defenses. So much could happen in the ring. I’m not looking forward to breaking it. ÔÇª

That said, Klitschko obviously isn’t going anywhere. He feels fit and is still having fun.

“I’m going fight to fight,” he said. “As long as I’m healthy, as long as I have great motivation, I’ll continue. I don’t feel my age. Age is just a number. It depends on your lifestyle. I just asked Bernard Hopkins what’s his secret. I asked, ‘Do you sleep in the fridge?’ He said it’s how you do it. It’s just your lifestyle. I didn’t burn myself [out] when I was younger. … I’m using that now. Having a healthy lifestyle gives you health and motivation.

“I do have a healthy lifestyle. And I still enjoy performing, enjoy getting ready. I’ll do it as long as I can.”