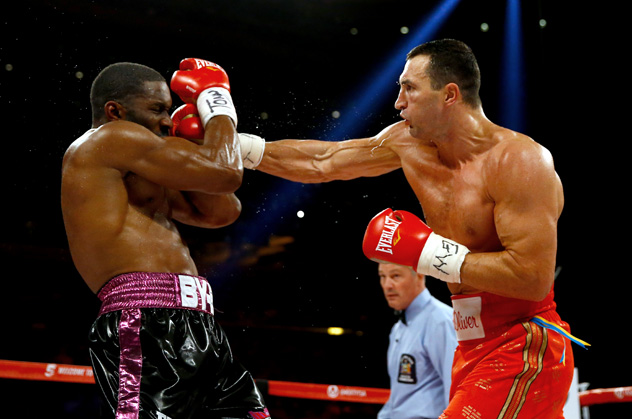 NEW YORK — Wladimir Klitschko defeated Bryant Jennings by a unanimous decision but Jennings did better than most observers thought he would Saturday at Madison Square Garden.

Klitschko, the RING, IBF, WBA and WBO heavyweight champ, clearly outworked and outlanded Jennings (19-1, 10 knockouts) but had difficulty hitting the athletic, but inexperienced challenger. And while Klitschko (64-3, 54 KOs) landed some of his vaunted rights, he never truly hurt Jennings.

Jennings presented a moving target throughout the fight, moving his head side to side as well as his feet to avoid being tagged. However, while he landed power shots here and there, he wasn’t busy enough to win rounds.

Klitschko now has 18 consecutive successful title defenses, one shy of Larry Holmes for No. 2 on the all-time heavyweight list.