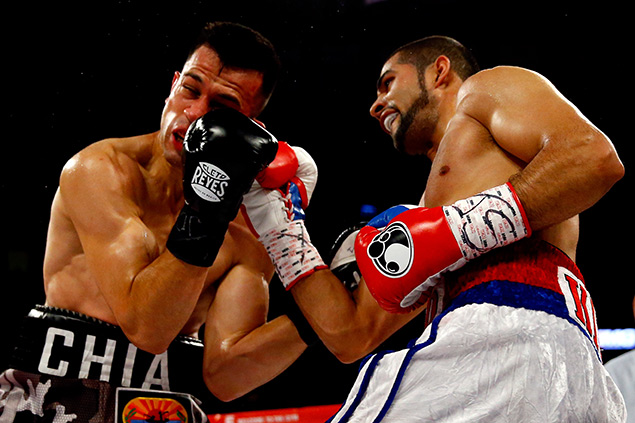 Sadam Ali defeated Francisco Santana by a unanimous decision in a 10-round welterweight fight on the Wladimir Klitschko-Bryant Jennings card Saturday at Madison Square Garden.

Ali (22-0, 13 knockouts) outboxed Santana (22-4-1, 11 KOs) for much of the fight, particularly in the first few rounds when his quick hands and feet seemed to be too much for the slower Santana. However, Santana pressed the action throughout — landing his own eye-catching punches — and seemed to come on in the later rounds.