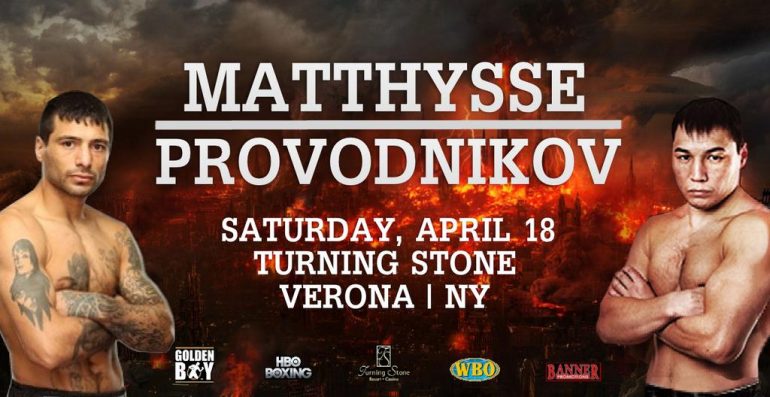 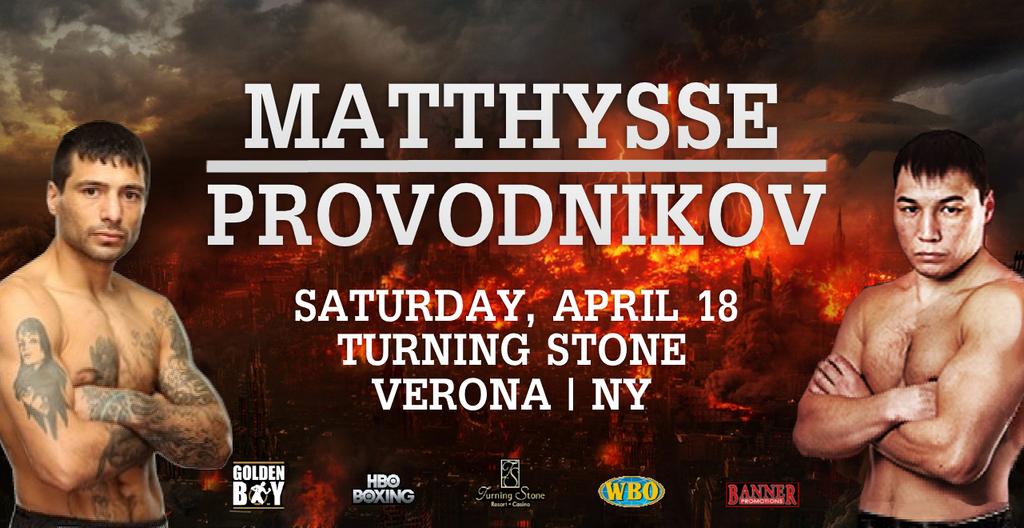 Matthysse has won his last two bouts after losing to Danny Garcia. His fight with John Molina was a give-and-take affair, with Matthysse outlasting Molina over 11 brutal rounds. He was floored twice in that fight.

Provodnikov will want Matthysse to fight like he did against Molina, stand in the pocket and rumble. Matthysse probably will in spots but he’ll also box. By the fifth round, Provodnikov’s face will be puffy. Matthysse might get buzzed again but I see him winning the fight by an 11th round stoppage.

Ruslan Provodnikov to beat Lucas Matthysse: Provodnikov and Matthysse are two strong punchers; the fight is going to be remarkable. Will root for Ruslan.

Ruslan Provodnikov KO Lucas Matthysse: It’s going to be a very fan-friendly fight. It’s going to be two guys just putting pressure. Ruslan Provodnikov is the guy I’ve been working with and training right next to at the Wild Card. He’s a guy that keeps coming forward. You can hit him but he just keeps coming forward. He’s a very tough guy, a guy that throws a lot of punches.

Lucas Matthysse, he’s another warrior. He’s strong, tough fighter from Argentina who throws punches from different angles, especially that chopping right hand. It’s very effective. I think it’ll be a tough fight for both of them.

I’m rooting for Ruslan Provodnikov because he’s a guy that we’re from pretty much the same trainer and working at the same gym. Ruslan will win; if it’s a stoppage, it will be in the late rounds.

Ruslan Provodnikov KO Lucas Matthysse: This may be the best pure action fight on paper currently available in boxing. At worst, it’s in the top three or four. As such, to make a prediction with any kind of certainty is a fool’s errand. Anything can and probably will happen in this fight. With that being said, however, judging on their recent performances, I’d lean toward Provodnikov. He just seems to be a sturdier guy to me and his chin is better. He’s always going to have trouble against movers like Chris Algieri but Matthysse is not exactly going to be sticking and moving. He’s going to be right there exchanging shots. As exciting as Matthysse’s fight with John Molina was last year, it also showed all of his limitations. That was a brutal fight that seemed to knock all the fight out of Molina. There’s a good chance it did the same to Matthysse. After a vicious few rounds of back and forth action, I expect Provodnikov to break through and stop Matthysse toward the end of a brutal, bloody fight. Provodnikov in nine.

Ruslan Provodnikov KO Lucas Matthysse: Matthysse is a better boxer but does that even matter here? Both guys get hit and Matthysse will be discouraged when the Russian keeps coming and hits him back harder than anyone else has.

Lucas Matthysse UD 12 Ruslan Provodnikov: Fun, fun fight. I love Provodnikov’s fighting spirit but Matthysse has the same spirit and superior skills. I think the Argentine will get the better of inevitable firefights, wear Provodnikov down and either become the first to stop the Russian or win a clear decision. Matthysse UD.