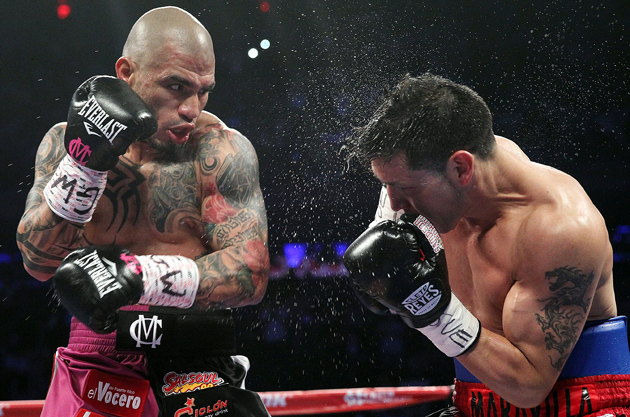 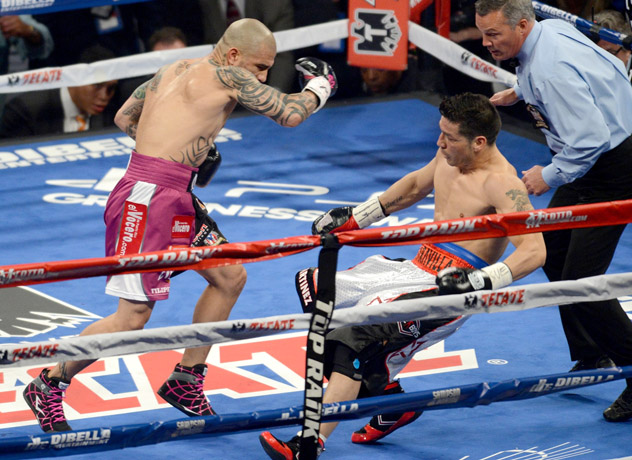 RING and WBC middleweight champion Miguel Cotto will face former titleholder Daniel Geale on June 6 at Barclays Center in Brooklyn, N.Y., nearly a year after stopping Sergio Martinez to win the titles. The fight, which will be televised on HBO World Championship Boxing, was announced in a press release from Roc Nation and Miguel Cotto Promotions.

Geale, who is rated No. 4 by THE RING at 160 pounds, is a former IBF and WBA middleweight titleholder, the former of which he lost by split decision to Darren Barker in 2013 (the WBA title was stripped in 2012). Geale’s last shot at a title came last July, when he was knocked out in three rounds by Gennady Golovkin. Geale returned to the win column in his last fight by winning a decision over Jarrod Fletcher in December.

Cotto had been in talks to face Saul “Canelo” Alvarez earlier in the year, but Alvarez’s side withdrew from negotiations in January after Cotto’s team declined their offer. Alvarez will instead fight James Kirkland on May 9.

A number of opponents had been discussed for Cotto’s first title defense, including Cornelius Bundrage, before the Geale fight was announced. It’s been reported that the fight will have a catchweight limit of 157 pounds. Messages to Cotto’s adviser, Gaby Pe├▒agar├¡cano, and Geale were not returned.

A press conference announcing the fight will be held Thursday in New York City.