Hershman has it all under control 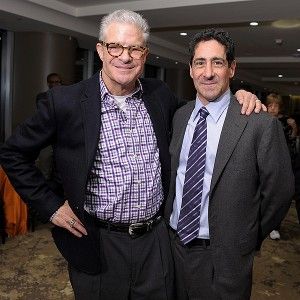 HBO boxing boss Ken Hershman didn’t hesitate to answer when I asked him point blank if, within this current context – with PBCs flurrying on platforms galore and Showtime boasting the services of the highest paid athlete on the planet – he believes HBO is considered the gold standard when it comes to providing boxing fare.

He cited HBO’s building blocks, their smiling assassins under contract, Gennady Golovkin and Sergey Kovalev. “This run the next couple months is the strongest I remember,” he continued, citing bouts involving Ruslan Provodnikov and Lucas Matthysse (Saturday from Verona, NY), 2014 BWAA “Fighter of the Year” Terence Crawford (who tangles with Thomas Dulorme on Saturday), the acknowledged heavyweight titan and RING champion Wladimir Klitschko (who fights April 25 at Madison Square Garden versus young gun Bryant Jennings) and more.

What about Manny Pacquiao and the Mexican rumbler, Canelo Alvarez (scrapping May 9 versus James Kirkland)? Don’t dare forget up ‘n’ comers like the Jamaican masher Nicholas Walters (he fights June 13 in NYC) and older stalwarts like RING middleweight champion Miguel Cotto.

Message: Our fighters and our product withstand scrutiny and stack up superbly to any and all competitors.

Like all of us, Hershman is spending a bulk of his time putting together HBO elements for the May 2 “Clash for all the Cash”; that effort has been basically smooth, he said. Hershman didn’t over-sugarcoat that promotion. He noted it will be a cultural phenomenon and, thus – with demand being so high, some have-nots who don’t get a ticket, or those balking at the PPV cost – might have feathers ruffled.

May 3 will likely unfold, is his feeling, so he’s keen to have coverage of HBO content after the carpetbaggers have moved on. We are likely to see Kovalev glove up in July, Hershman noted, and isn’t now guns-a-blazin’ to snag a unification fight pitting “Krusher” vs. Adonis Stevenson, not right now anyway. He said he could foresee a second half of the year being built around a Cotto vs. Canelo clash.

Another possible mouth-waterer: A Kovalev vs. Andre Ward clash would intrigue him.

Hershman is not an excitable sort. He seems to be on even keel whenever I interact with him, so it was when I noted that the Floyd Mayweather Jr.-Pacquiao promotion has been lacking thrills and chills, he offered “Hang in there. It’ll get big.”

Back to present day. He teased that the Provodnikov vs. Matthysse winner could be a logical next for Crawford, should the Nebraskan handle 6-to-1 underdog Thomas Dulorme.

Overall, Hershman hammered home the notion that HBO is desirous of putting hungry boxers in the ring in coin-flip fights, fan-friendly scraps which generate interest and continuing buzz. With all the talk of disruption and new models of doing business, that seems like sound reasoning to me.

Tweet the guy who wrote all of this @woodsy1069.