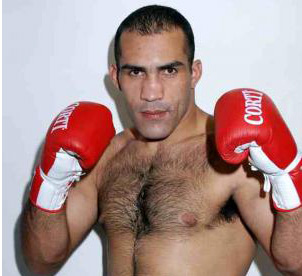 BENAVIDEZ, Argentina – In an all-action bout for the top spot in the IBF cruiserweight rankings, Victor Ramirez laid a progressive beating on Ola Afolabi to earn a hard-fought decision in front of his countrymen at Villa La ├æata Sporting Club on Friday night.

In a battle of former beltholders, Ramirez (22-2-0, 17 KO) dominated the first four rounds of the bout so thoroughly that a technical stoppage would not have been out of order. Afolabi (21-4-4, 10 KO) simply stayed wide open in front of him absorbing an inordinate amount of punishment.

Afolabi partially took control of the action in the seventh round, establishing his distance and landing crisper and more accurate punches. Ramirez showed some wear and tear in the beginning of the eighth round, but he turned the tables on Afolabi with a terrific resurgence fighting off the ropes and finishing the episode teeing off against a pretty much defenseless Afolabi.

The England-born Afolabi recovered the initiative in the ninth, with Ramirez taking a break from his breakneck level of activity. In the 10th, Afolabi resorted to boxing from a distance and Ramirez obliged, demonstrating that he could outbox his foe as well.

Afolabi started the 11th round with a few solid combinations but ended up landing a low blow that cost him two points, due to the flagrant character of the foul and the multiple previous warnings issued by referee Peter Podgorski. The 12th was all Ramirez once again, with the imminent titlist showing a terrific shape by throwing dozens of unanswered punches and without a sign of wear and tear in his body.