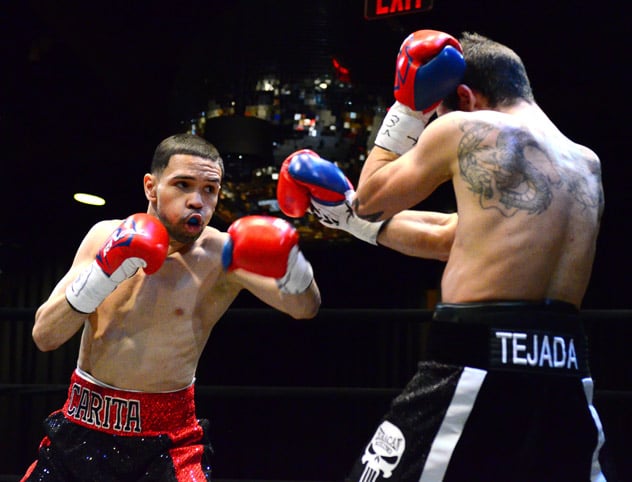 Nieves (11-0, 5KOs), from Cleveland, worked behind a stiff jab to control the tempo of the entire fight and that jab also set up a left hook which knocked Tejada down in Round 6.

In Round 7 Nieves continued to snap Tejada’s head back with the quick jab and then landed a lightning fast four-punch combination which staggered Tejada into the ropes. Nieves stunned Tejada again in Round 8 using his speed to set up another sharp left hook. While Tejada looked to trade with Nieves in the final minute of the fight, Nieves decided to play it safe and continued popping his jab en route to the lopsided victory. 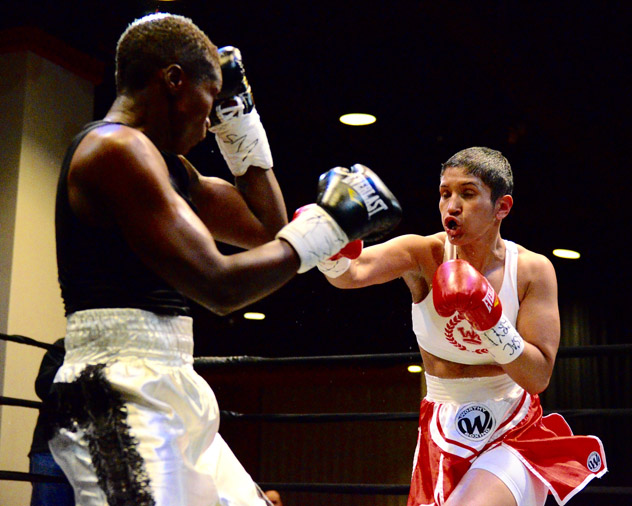 In the co-main event it was the ladies who produced the most exciting action of evening. Cindy Serrano (22-5-3, 10 KOs) and Fatuma Zarika (24-9-2 14 KOs) battled to a split-decision draw. Serrano started off fast in Round 1 using a hard jab to establish control and sneak in her right cross through Zarika’s guard.

While Serrano controlled the early rounds, Zarika was the one getting stronger as the fight progressed, even tagging Serrano multiple times. Both women landed flush shots on each other in Rounds 3 and 4, with Serrano landing more often but Zarika clearly landing the harder punches.

Zarika started chasing Serrano down in Round 5 and landed her right hand several times. Serrano tried to win back the round by landing a double jab then a right hand down the middle.

It was Zarika who landed the best punch of the fight in the final round, snapping Serrano’s head to the side. They continued to slug each other until the bell sounded and referee Sparkle Lee pulled them apart. Each fighter had a score of 58-56 in their favor while the third judge scored it even, 57-57.

Also on the card was junior middleweight prospect Ivan Baranchyk, from Brooklyn, who continued to impress by scoring a first-round knockout over Damian Hill (4-9). The heavy-handed Baranchyk (6-0, 5 KOs) landed two giant left hooks that walloped Hill almost immediately after the fight began and sent him down to the canvas. The referee waved the fight off without even starting a count. The official time was 1:19 of Round 1.

David Sparks (2-0) brought the New York crowd to their feet with a thrilling unanimous-decision victory over Marcellus Yates (0-3). Sparks, who is trained by Yoel Judah, knockout out Yates’ mouthpiece twice in Round 3 with pulverizing right hooks.

Rounding out the card: