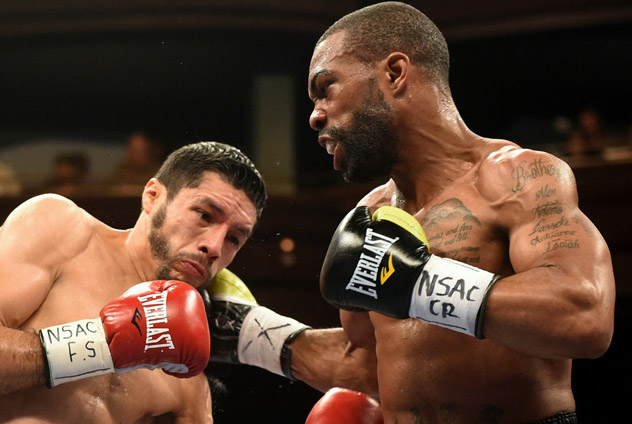 Most observers thought the bout, which was televised live on Showtime in the U.S., could have gone either way. Showtime’s Steve Farhood scored it even, 95-95. The fight was uneventful and mostly contested from a distance. The RING-rated boxers are nearly identical in terms of their physical stature (tall and rangy) and boxing styles (classic stand-up), and the two went tit for tat with their right hands. However, neither fighter committed fully to his offense and neither was able to clearly establish control the bout.

Charlo (26-0, 11 knockouts), a 24-year-old Houston native ranked No. 6 by THE RING, exhibited a busier, crisper jab, which he worked into a lot of lateral movement. Martirosyan (35-2-1, 21 KOs), a resident of Glendale, California from Armenia, who is rated No. 5 by THE RING, stepped forward more often while landing choice body shots here and there, but the 28-year-old veteran was not able to cut the ring off on his elusive opponent.