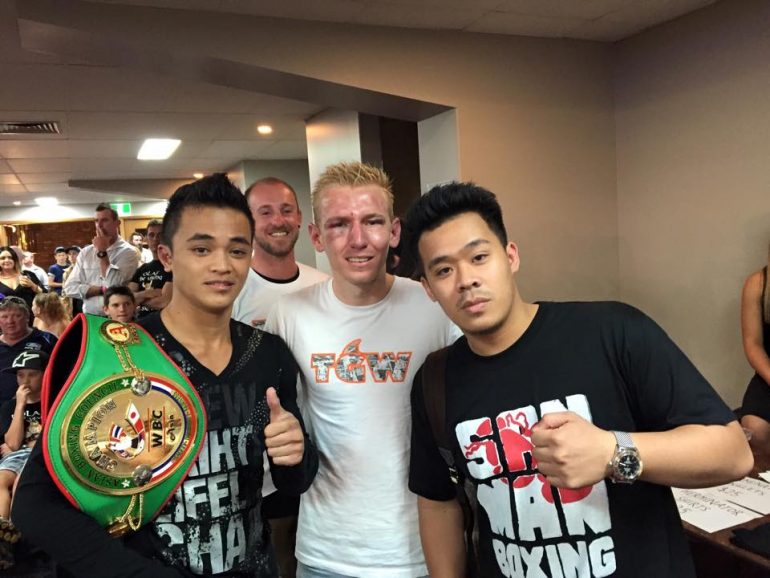 Smith (12-1, 10 knockouts), who was defeated by the Davao City, Philippines native Moralde (12-0, 6 knockouts) at Rumours International in Toowoomba, Australia, is on life support after being airlifted to Brisbane’s Princess Alexandra Hospital, where his family holds vigil at bedside.

According to a source at the fight, the previously unbeaten 23-year-old Smith looked “white as a ghost” as he held an ice pack to his head while sitting in the dressing room following the ten-round fight.

Shortly after someone screamed for an ambulance as he slumped to the floor with his father/trainer Brendon Smith – who also promoted the event – attempting to revive him.

A source says that the fight was the “blueprint for a fight where someone collapses” as the light-hitting Moralde, 20, landed uppercuts at will. The brave Smith was wobbled once in the ninth round but never exhibited signs of being imperiled enough to have the fight stopped.

Moralde, who returned to Manila on Sunday evening, says “I’m very saddened to hear of Braydon’s condition but I am praying for his full recovery. My prayers are with his family.”

Smith is in his final year of studying for his Bachelor of Law degree at University of Southern Queensland. He turned pro in 2011 and won the WBC Youth Silver featherweight title in 2013 with a first round knockout of Filipino boxer Gabriel Altarejos.