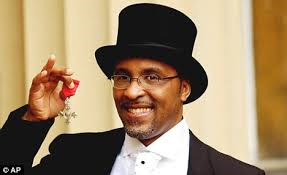 Fighter: A person who does not easily admit defeat in spite of difficulties or opposition.

Take the St. Valentine’s Day Massacre, The Thrilla in Manila and The Brawl in Montreal and add together the inner hallmarks of the respective participants. The heart, the desire and the willpower you’re left with won’t come close to what former two-time world title challenger Michael Watson has displayed over the past 24 years.

On September 21, 1991, a 26-year-old Watson was permanently injured during a world title rematch with countryman Chris Eubank. A subdural hemorrhage was putting pressure on his brain, no oxygen was administered after his collapse, and the stricken warrior was initially taken to a hospital unable to treat him.

All of that and the fight was only beginning.

Despite the fact that his brain was starved of oxygen for almost 30 minutes, Watson hit death with the ultimate counter punch and survived two operations and a host of other procedures. His physical recovery, which took years, was as arduous as anything a human being could endure but the handsome Londoner came out the other side a glowing and inspirational figure.

“I’m a spiritual man,” said Watson, who sounds as clear as the tinkling of a bell. “I never call myself religious because, for me, religion is something you sell. Religion is man-made and what I carry is faith. My faith has helped me overcome a lot in my life.”

Watson’s 2003 biography, “The Biggest Fight”, tells the tale of a miracle man. It’s as compulsive as it is hard to read, and as inspiring as it is indicative of the dangers inherent within the four corners of a prize ring. “The Force”, who turned 50 years old on March 15, still loves boxing though, despite its myriad of imperfections.

He said, “This new generation is so watered down. There are too many fighters calling themselves world champion these days and money and politics have taken over completely. When I was fighting I was hungry and the glory outweighed everything else.”

A true fighter spoke to RingTV.com about the best opponents he faced in ten key categories. 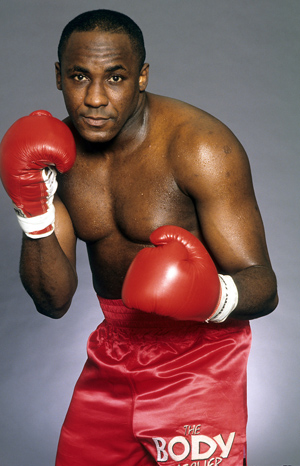 He was very skillful and it was an honor to share the ring with him. He stopped me but if I’d been at my best I would have had a much better chance of winning that fight. I’d been out of the ring for a year, didn’t train properly, and still gave him hell.

“Dangerous” Don Lee had knocked out Tony Sibson and fought a couple of top Americans. I respected him a lot so he brought out the best in me and my punching power was too much for him. That’s why they call me “The Force”.

He was hard to hit cleanly and his counter punching was top class. It took me a while to break through and by that time it was too late. I’d run out of energy.

I hit him with everything in both of our fights. He had such a strong chin and taking all those punches from me proves it.

No thinking required for biggest puncher but styles make fights. I knew I had that fight won from the start and was very confident in myself. I predicted six rounds and that’s how long it went. The fight with Nigel made me who I am.

We sparred hundreds of rounds together. The work I put in with Kirkland and Dennis Andries, in the gym, brought me to the top level in the sport. Kirkland should have been a world champion though, he was highly qualified.

He was always on the move and I was always pursuing him. It would be great to have some of our sparring on film. That would make a good home movie.

He was very cute and very technical but, like I said, I was at my worst that night. His punching power wasn’t all that effective and the reason I went down was because I ran out of steam. Don’t get me wrong though, he was a smart fighter – a great fighter. 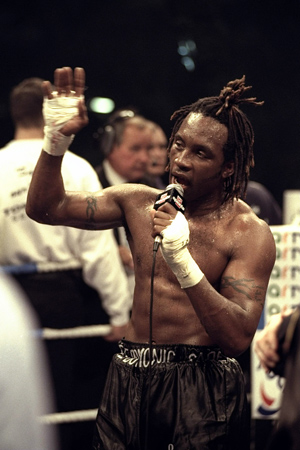 Nigel was the strongest and the most powerful of all my opponents. He played into my hands by being so aggressive early though. The word was that Nigel spent a full day in the hairdressers a day or two before that fight. He apparently wanted to look good for getting knocked out (laughs). I love him though and he’s a great friend of mine.

No fighter was more competitive against me when I was at my best. I trained as if my life was on the line and Nigel gave me the fight of my life. That victory made me who I am today and it also made Nigel a better fighter in years to come. After that loss, Nigel started working behind his left hand and became a lot more technical.

Special thanks to Geraldine Davies (GDI Management) for her participation in arranging this interview.