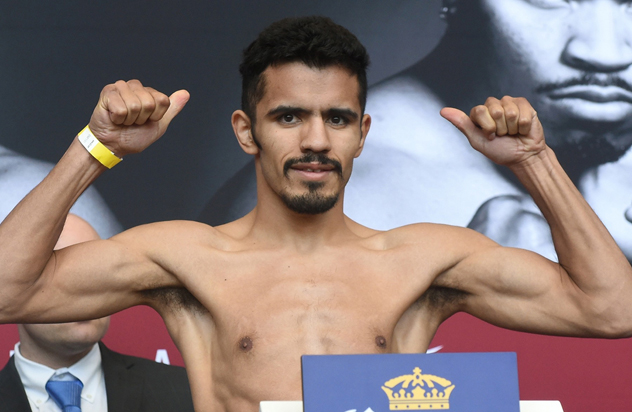 ONTARIO, California – It was a typical performance for Miguel Vazquez. Hit and not get hit.

Vazquez won a 10-round unanimous decision over Jerry Belmontes in the walkout bout of the night at the Citizens Business Bank Arena on Friday.

Vazquez frustrated Belmontes all night, landing lead right hands to the head or peppering him with jabs.

Any rally Belmontes attempted was squashed as Vazquez kept his distance or countered him to the head.

– Junior middleweight prospect Oscar Molina (11-0, 9 KOs) dominated the action in route to knocking out Jose Leal (9-7-1, 6 KOs) in the fifth round. Leal’s corner threw in the towel as Molina was hurting Leal, prompting referee Ray Corona to stop the bout at 2:15.

– In the opening bout of the ‘Premier Boxing Champions’ card, bantamweight Tugstsogt Nyambayan, of Mongolia, was successful in his professional debut, knocking out Gabriel Braxton (2-9-1, 1 KO) at 2:10 of the first round.