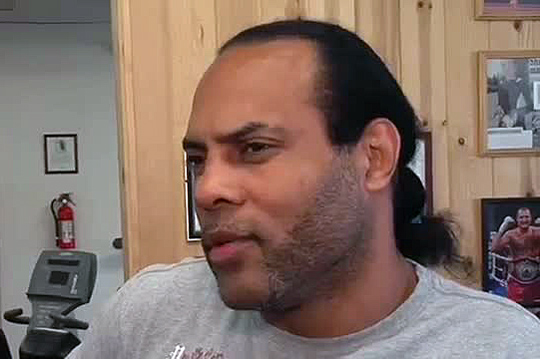 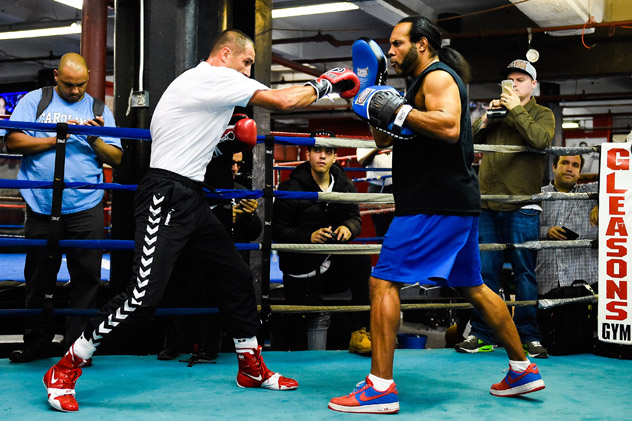 Some boxers never quite break out and get the attention their talent deserves. Case in point: John David Jackson. The Denver-born fighter was a two-weight world champion, though admits his style wasn’t for everyone.

“My style was more appreciated in Europe; they like a boxer who’s skilled and refined. In America it’s more about violence,” Jackson told RingTV.com. “Right now UFC is doing great because of violence. Boxing’s the same way. My style didn’t really fit that criteria for TV.

“I won my fights and I won them easy, so one-sided they became kind of boring. A lot of times my hands were very brittle, I hurt them early on in my career so as I got older I boxed more. I still had power I just didn’t use it as much as when I was younger.”

Early in his career Jackson based himself in Philadelphia, where he got top-notch sparring with the likes of Meldrick Taylor and built his record exclusively on the East Coast. He describes his best performance as a night at the famous Blue Horizon in Philadelphia in 1987: “It was a fight for the Pennsylvania state title. It wasn’t shown on TV, I have tapes of it. I fought a kid named Sidney Outlaw, he was a Philadelphia fighter and that night I performed like wow.

“I boxed when I had to box, punched when I had to punch, beat him at his own game and stopped him in the sixth round. It was a fight people thought I was going to lose but I proved myself. That was when I was really on top of my game.”

It was almost five years into his career when he was matched with gritty Lupe Aquino for the inaugural WBO junior middleweight title. Jackson became the first to stop the Mexican, who retired at the end of the seventh stanza.

He would reign for four years, making six successful defenses, beating Steve Little – who would later defeat Michael Nunn for a super middleweight title – among others. He traveled to England and outpointed Chris Pyatt in what was the first WBO title fight on British shores.

In 1993 he headed to Argentina after a local promoter won the purse bid for his bout with Reggie Johnson for the WBA middleweight crown. A close tactical affair ensued, with “Action” Jackson doing just enough to snare his second world title by close but unanimous decision.

Sadly, his title was stripped after he fought in a non-sanctioned bout without permission from the WBA. In 1994 he met new WBA titlist Jorge Castro in Monterrey, Mexico, on the undercard of one of Don King’s bumper promotions.

“Going into the fight everybody said I was going to run, dance and look pretty,” he said. “If I have to I can stand and fight. I can and I wanted to prove to him that I was better than he was.”

As the fight wore on so did the beating Castro took: “I was beating him at his own game, my only problem was I got careless,” explained Jackson. “At the time I should have boxed him. I wanted to knock him out. I wanted to do what Terry Norris couldn’t do, what Roy Jones Jr. hadn’t done. I wanted to stop him.” 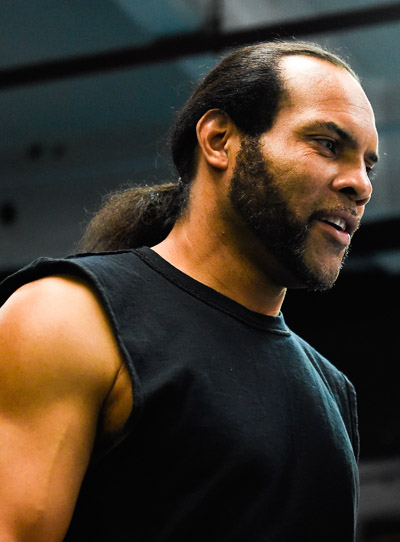 He admits to fighting angrily that night.

“The WBA had stripped me of my title,” he said. “I wanted my title back so bad. I wanted to beat him to show them that they gave my belt to the wrong person, but hey, I got careless and I was caught with a shot.”

Jackson was stopped in the ninth round. The fight would be name THE RING Magazine Fight of the Year.

Today Jackson has mellowed but still believes the beating he dished out should have been stopped earlier in his favor.

“Here’s what the fans don’t realize: the first knockdown when my head hit the canvas – that’s what hurt me,” he said. “When I got up, the next two knockdowns he pushed me. Stanley Christodoulou, he was more on their side, he should have stopped the fight long before. [Castro] had two cuts on both eyes, I broke his nose, I knocked two of his teeth out.”

Despite losing for the first time as a pro, Jackson felt he finally had gained notoriety among fight fans.

“I think it gave fans more of an appreciation for my style,” he said. “Before I was labeled a runner, safety-first boxer. I wanted people to see me at that level and beat a guy at his own game. I think I got more respect from the fans.”

He remained on the periphery before landing what was to be one last title opportunity when he took on Bernard Hopkins for the IBF middleweight championship in April 1997. Surprisingly, Jackson didn’t pick “The Executioner” in any of the 10 key categories.

“Bernard was just overall a good fighter,” said Jackson “When he first started he was a rugged, crude fighter, no boxing finesse whatsoever.

“When we sparred he wasn’t young but he was young in terms of learning the game. He learned as he went along so I couldn’t really evaluate him until later on when he really became a great fighter. ÔÇª Bernard when we fought had made four defenses, he was learning his craft. He got better as he went on.”

When asked what his biggest regret in boxing was Jackson candidly said: “I wish I had been able to fight the more marketable fighters in my division, like Terry Norris at junior middleweight, Gianfranco Rosi, Darrin Van Horn – I didn’t get these fights – Matthew Hilton, Julian Jackson ÔÇª these were supposed to be the upper echelons of my division but we never got a chance to fight.”

“The reason I say that was fighters will fight. Managers and promoters kept me from their guys, for whatever reason – maybe I would have beat them, maybe I wouldn’t. That’s my one regret: to prove how good I was in my mind and I didn’t get chance to show the world. That would have maybe elevated me to a higher level, maybe a higher tax bracket.” (Laughs.)

Now 51, Jackson retired in late 1999 with a record of 36-4 with 20 knockouts. All of the losses happened during his last eight bouts.

Today he is a world-class trainer working with, among others, Sergey Kovalev, who faces Jean Pascal this Saturday on HBO.

Here’s who Jackson picked as the best he faced in 10 key categories:

Reggie Johnson: I sparred him, Mike had a tremendous jab, was a tremendous body puncher, was just overall a very talented fighter. Of the guys I fought I’d say Reggie Johnson, he was on top of his game, he was the closest fighter to myself as far as speed, slickness, good defense, overall boxing ability.

Johnson: I’ve got to say it again, he was a good all-around boxer. It was just a nice straight right jab, natural.

Johnson: He was one of the few guys at the time and I beat him, I think, handily. He was more difficult for me to hit with a clean shot, it was like looking into a mirror. He made me work for that title. A very underestimated fighter.

Gerald McClellan: It was a sparring session with Gerald McClellan. I knew I had Gerald’s number because Gerald didn’t train that hard in the gym but punching power-wise it was scary. This cat could punch. He hit me with a shot I felt like he hit all my teeth out. I kept boxing. He hit me so hard my whole body shook, from head to toe.

Meldrick Taylor: I have to say Meldrick Taylor. We sparred a lot back in Philadelphia. He had tremendous hand speed – he could throw punches in bunches, combinations. He had great hand speed. It was nice ’cause I worked with him on defense and I made him miss a lot of shots, which made him mad and he threw a lot of punches. As a pro there was never a guy who gave me a problem as far as hand speed.

Pernell Whitaker: I sparred Pernell Whitaker also, we used to have a chess match in ring. There wasn’t anyone who stood out in the pros that I fought.

Johnson: Like I say, he boxed smart. We matched wits that night. If you weren’t into pure boxing that’s not a fight you want to see.

Castro: It didn’t look like it but Jorge, he didn’t have the body shape of a boxer but he was one strong guy, physically strong.

Johnson: The reason why was because Reggie was a slick southpaw like myself, good puncher. At the time I beat him for his WBA middleweight title he was the best in the division. To beat him at his best was an accomplishment for me.