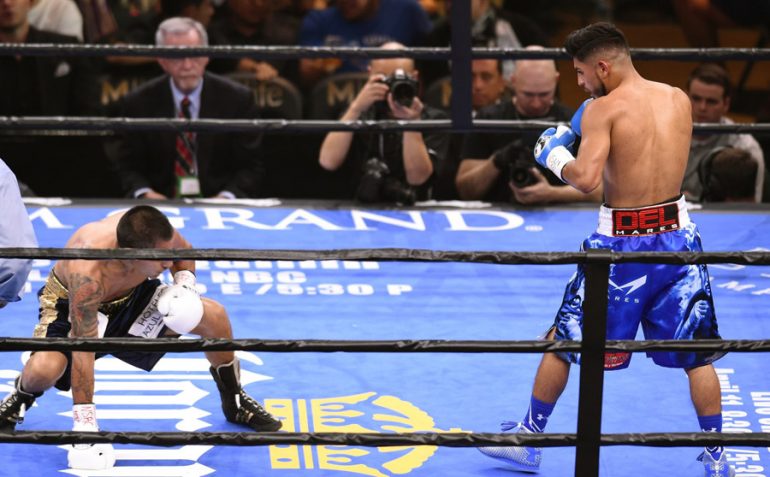 Abner Mares wanted desperately to put on a show for the fans that tuned into the “PBC on NBC” broadcast. Especially after seeing the show that Keith Thurman and Robert Guerrero put on. However, it was clear from the moment that Mares stepped into the ring to face Arturo Santos Reyes that something wasn’t right. Even though he earned a hard fought unanimous decision victory, it appeared that the three division champion was fighting something aside from his opponent.

“Unfortunately I woke up under the weather today and I still fought like this,” Mares told RingTV.com in the media room afterward.

It was evident when speaking to him that he had fallen ill as his voice cracked and he constantly had to clear his throat when he spoke. But despite trying to fight off the flu, there was no doubt that he would get in the ring to face Reyes.

“It never crossed my mind to not fight but I know my team thought about it,” Mares said.

Mares says that he felt terrible on his way to the ring but knew that if he picked his spots he could pull off the victory. A second round knockdown and some crafty counterpunching aided him in getting the victory but he felt bad that the fans didn’t get the entertaining fight he wanted to deliver.

“That wasn’t me out there,” Mares said. “I was tired and felt very fatigued in between rounds. And once that sets in it is hard to throw punches and get a good round in.”

As for what is next, Mares remains steadfast that he wants to fight four times this year and is hopeful to fight this summer against Leo Santa Cruz.

“I’m going to rest for two weeks and hopefully I can fight Leo Santa Cruz in June or July,” Mares said. “After that, I want the winner of Jhonny Gonzalez and Gary Russell Jr.”