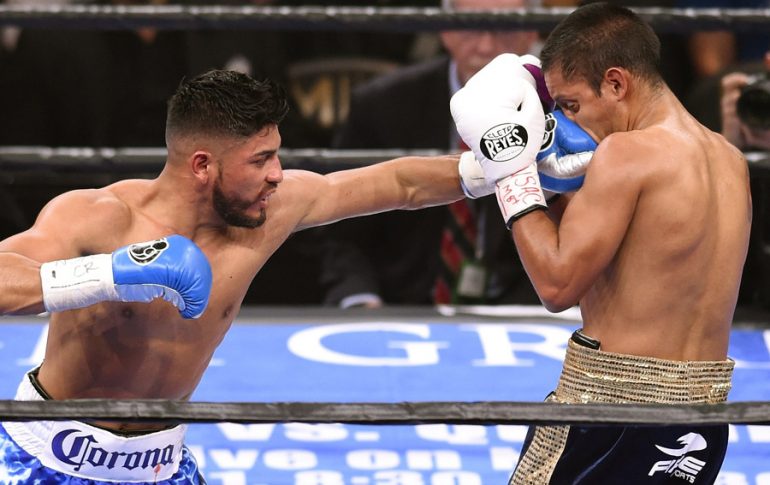 Abner Mares hoped to get rid of Arturo Reyes early and set his sights on getting his revenge against Jhonny Gonzalez or setting up a clash with Leo Santa Cruz. But his performance won’t exactly have the fight world scurrying for either matchup. Nevertheless, Mares out boxed a very game Reyes over the course of 10 rounds to earn a unanimous decision.

Despite the scorecards being read in his favor to the tune of 96-93, 98-91 and 99-90, the decision was met with a smattering of boos from the fans still left in the arena after the entertaining showdown between Keith Thurman and Robert Guerrero. But perhaps Mares had an acceptable excuse for his somewhat sluggish performance.

Regardless, Mares pushed through the obvious fatigue and scored a second round knockdown. Reyes (18-5), realizing that Mares was certainly not the Mares he expected, attempted to turn the fight into a brawl and managed to score with a measured assault. But Mares picked his spots and found the proper openings to land some difference making counterpunches.

“Reyes is a great fighter, he gave me hell,” a somewhat dejected Mares said afterward. “If I wasn’t under the weather I would’ve been able to control the rounds a little better. But at the end of the day it was a great fight.”

Jorge Lara put on a scintillating display of power punching en route to a first-round TKO of Mario Macias. Lara (27-0-1, 19 knockouts) set a blistering pace early and although he was game, Marcias (25-15) simply couldn’t keep up. Time of stoppage was 2:04.

In featherweight action, Mario Barrios collected his fourth knockout with a third-round TKO of Justin Lopez. A sustained body assault punctuated by rattling power shots caused referee Robert Byrd to stop the fight at the 1:53. Barrios improves to 8-0 with the victory while Lopez falls to 5-3.

Robert Easter took care of business with a second round TKO of Alejandro Rodriguez in a scheduled 8 round lightweight bout. Easter – who improved to 13-0 – secured his 10th stoppage by dropping Rodriguez (22-16-1) three times in the second stanza, which caused referee Jay Nady to call a halt to the fight at the 1:15 mark.

Floyd Mayweather Sr. product Ladarius Miller (6-0) cruised to a relatively easy unanimous decision victory over Ryan Picou (2-7) in welterweight action. Scores were 40-36 across the board.