Tony Harrison: ‘Knocking people out is my high’ 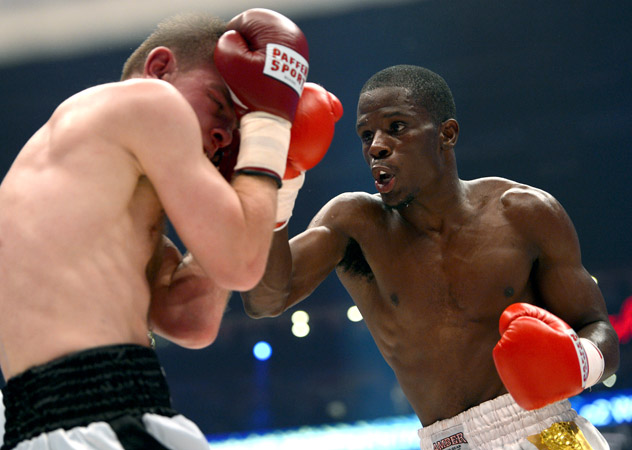 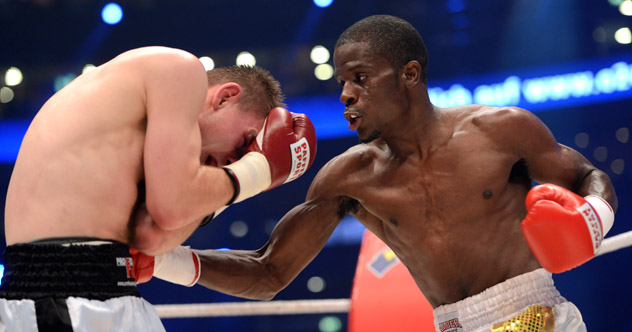 Tony Harrison has been known to obliterate his competition and will look to secure his ninth consecutive knockout victory when he faces battle-worn Antwone Smith in the main event of ESPN’s “Friday Night Fights” at the MGM Grand in Las Vegas. Although many anticipate the heavy-handed Harrison to flatten Smith, the Detroit fighter sees an added incentive when he steps into the ring tonight.

“Jermall Charlo knocked him out and he’s not known for taking people out; he’s more known for making people suffer a miserable death for making them watch all those rounds,” Harrison (19-0, 16 Knockouts) tells RingTV. “I’m definitely looking to stretch him out. If Charlo knocked him out, and he’s not the killer type, I’m looking to do the same thing he did in a little better fashion.”

Harrison isn’t exactly overlooking Smith, but you’d be hard pressed to make the Detroit fighter think that there is any other possible outcome than a knockout. After starting his career with eight consecutive stoppages, Harrison saw three straight fights go to decision. But he’s gotten back on his horse and hasn’t seen a fight get out of the third round in two years. And, if he has his way, Smith will be counting sheep before the beginning of the third round. 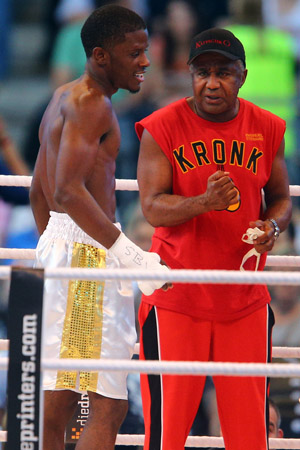 “Knocking people out is my high,” Harrison boasts. “That’s my sex, my drugs and my everything.”

Harrison has been getting “high” ever since middle school when he knocked someone out for the first time.

“I was in middle school and I got into a street fight where me and my friend were fighting for somebody else,” Harrison reflects. “There was some bigger guy who had to be 6’3″ and 250 pounds. I was about 5’6″ and 100 pounds. I hit him with a right hand and I just jumped up and down as soon as he fell. That was a crazy feeling that just stuck with me and I never let it go.”

It was that point when Harrison realized that knocking people out for a living is something he wouldn’t mind doing and with the help of the late Emanuel Steward he began to pursue his dream of becoming Detroit’s next great fighter. Although the loss of Steward in 2012 left Harrison in grief, he has promised to make the late trainer proud.

“I think he would be amazingly proud of me today,” the 24-year-old says. “When he was alive, he always told me he was going to build me like Tommy Hearns. He said he would make me Detroit’s next champion. The feeling of seeing me fulfill his dreams would be so great for him.”

If everything goes according to plan, Harrison will be looking to bigger and better things after he leaves Smith in an unconscious heap Friday night And with Al Haymon invested in his future, he fully anticipates becoming boxing’s next big thing.

“If I keep knocking everyone out Al (Haymon) will make me the superstar I know I am.”

Andreas Hale is a self-proclaimed Swiss army knife of journalism who covers everything from music and film to sports and politics. He has covered combat sports for diehard outlets including Yahoo! Sports, Sherdog, FightNews and others while also writing for mainstream outlets such as Jay Z’s Life+Times, MTV, BET, Vibe, The Source and more. You can follow him at twitter.com/AndreasHale and he would welcome any and all conversations about the sweet science.