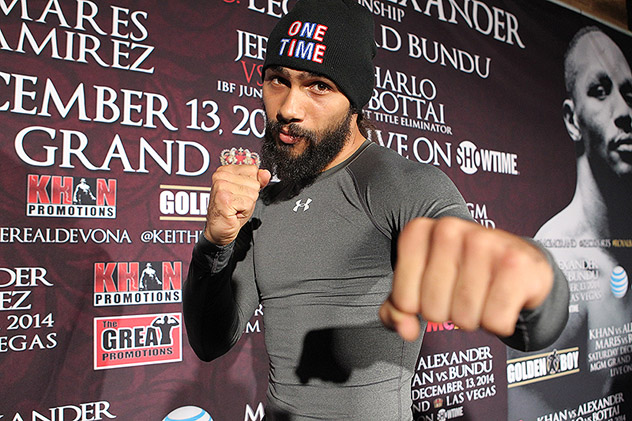 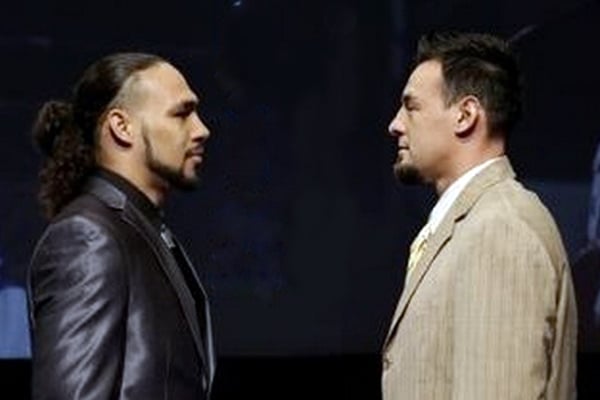 It’s an excellent motto for boxing fans to latch on to. And, for the most part, he’s come through on his promise. Twenty one of his 24 victories have been stopped by the undefeated Floridian’s impressive punching power. If Thurman has his way, Robert “The Ghost” Guerrero will become victim No. 22 when they meet on the inaugural Premier Boxing Champions card on NBC, which emanates from the MGM Grand Garden Arena in Las Vegas on Saturday.

“I don’t expect him to last 12 rounds,” Thurman told RingTV.com with the utmost confidence. “He takes a punch to give one and I only need one. It won’t be a knockdown, it will be a knockout and it doesn’t matter if it’s to the head or the body.”

The 26 year old’s confidence might be viewed as taking his opponent a little too lightly. After all, Guerrero sports a 32-2-1 record and has never been stopped. His only losses have come at the hands of Gamaliel Diaz in 2005 and Floyd Mayweather Jr. in 2013. The latter is at the hands of the reigning pound-for-pound king, so you can’t really hold that against him. Regardless, the Guerrero family has certainly scoffed at Thurman’s claims considering that “One Time” couldn’t get rid of 40-year-old Leonard Bundu in his last outing.

When asked about his last performance and the boos that came from the crowd, Thurman responds with relative indifference.

“People probably did want a more entertaining fight and I could have done more but I was pitching a shutout,” he said in a “what-more-do-you-want-from-me” tone. As for the jeers, Thurman believes it had nothing to do with his performance. “I saw the booing as Amir Khan fans hating on Keith Thurman,” he explained. “The booing wasn’t coming from the whole arena. The majority was coming from a certain section.”

He is aware that the decision victory goes against his “KOs for life” motto and is also privy to the expectations to deliver another fan pleasing knockout on March 7. Considering that he is headlining Al Haymon’s initial foray into bringing boxing back to network television, Thurman realizes the weight on his shoulders to entertain as well as win.

“I get an opportunity to bring boxing back,” Thurman said of being called to headline the “PBC on NBC” card. “The more exciting it is the more its going to be talked about and more people are going to be curious about tuning into the next show on NBC and eventually the next Keith Thurman fight. It’s a great opportunity to build our fan base in one fight.”

If Thurman can put away Guerrero in impressive fashion under the national spotlight on free television, he’ll surely garner a great deal of attention. And that attention should translate into Thurman becoming one of boxing’s most marketable names outside of Floyd Mayweather and Manny Pacquiao. For Thurman, he believes that a victory against Guerrero on prime time will ensure that the welterweight division can no longer duck getting into the ring with him.

“That’s what we are going for,” Thurman says. “We already got Guerrero in the ring and we’ll see who else we can get.”

One of the names that Thurman has on his hit list is Argentinean slugger Marcos Maidana, who Thurman believes can help propel him into a possible showdown with Mayweather. But Thurman doesn’t mind waiting in line for Mayweather, just as long as he gets to beat down boxing’s best in the process. And if he loses on the way, so what? He’ll just keep fighting.

“Like I always say, I have an ‘0’ and I ain’t afraid to let it go,” Thurman proclaims. “People are afraid to lose in the world of boxing. I’m not afraid. Besides, this a sport and in most sports you win some and lose some. These guys don’t want to put themselves into any high risk. But I told everyone last year that we can’t play this waiting game forever.”

Andreas Hale is a self-proclaimed Swiss army knife of journalism who covers everything from music and film to sports and politics. He has covered combat sports for diehard outlets including Yahoo! Sports, Sherdog, FightNews and others while also writing for mainstream outlets such as Jay Z’s Life+Times, MTV, BET, Vibe, The Source and more. You can follow him at twitter.com/AndreasHale and he would welcome any and all conversations about the sweet science.