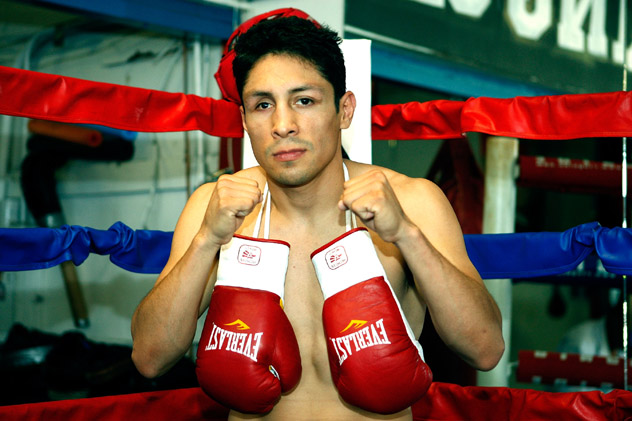 Some fighters are forever intertwined with others: Muhammad Ali with Joe Frazier, Erik Morales and Marco Antonio Barrera. It’s no different when you think of Israel Vazquez. He’ll always be linked with Rafael Marquez.

All four of their bouts took place on Showtime, the first on March 3, 2007 at the Home Depot Center (now the StubHub Center) in Carson, California. Vazquez would drop Marquez in the third round, though was forced to retire at the end of the seventh suffering from breathing difficulty due to a broken nose.

The rematch took place five months later in Hidalgo, Texas. In another barnburner, Vazquez, cut over both eyes and pouring blood, exacted revenge by stopping Marquez midway through the sixth frame. The bout was named THE RING Magazine Fight of the Year for 2007, with the third round garnering Round of the Year.

In the rubbermatch, Vazquez took a 2-1 lead, getting off the canvas early on, rallying late and scoring his own knockdown to close the contest strongly, eking out a razor-thin points decision. Again they would share Fight of the Year and Round of the Year accolades.

A detached retina kept Vazquez on the sidelines for an extended period, threatening to curtail his career. In the two-plus years before his fourth fight with Marquez, Vazquez fought only once and looked a shadow of his former self. Against Marquez he was bludgeoned to the canvas in the third frame. 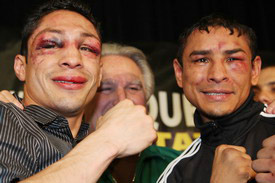 Looking back, Vazquez considers his rematch with Marquez to be the finest performance of his career.

“I had to avenge my loss and my broken nose,” Vazquez told RingTV.com. “So from the first round I started until the last round, I gave it my all. It’s one of my greatest memories and greatest fights! Unforgettable!”

As well as the four fights with Marquez, “Magnifico” also met Oscar Larios on three occasions. Early in their respective careers Vazquez stopped Larios in the opening round, only to get stopped in the twelfth round in the rematch. A third-round TKO victory sealed the trilogy for Vazquez.

Vazquez would get a 10th-round stoppage over granite-chinned Colombian Jorge Elicier Julio, a two-time world bantamweight champion, before winning the vacant IBF 122-pound title by stopping Jose Luis Valbuena in the final round. Vazquez would make two successful defenses before vacating to pursue a rubbermatch with Larios for the WBC crown.

After stopping fellow Mexican Ivan Hernandez, Vazquez would take on another countryman: the heavy-handed Jhonny Gonzalez. Not for the first time, Vazquez had to get off the canvas and fight fire with fire, coming from behind to stop Gonzalez in the 10th round.

Vazquez closed out his fan-friendly career in May 2010 with a record of 44-5 (32 knockouts). He has no regrets: “I achieved all I could achieve and I thank God for giving me those opportunities. The only wish I have is I wish I would have stayed young to keep boxing forever because that’s my passion.” 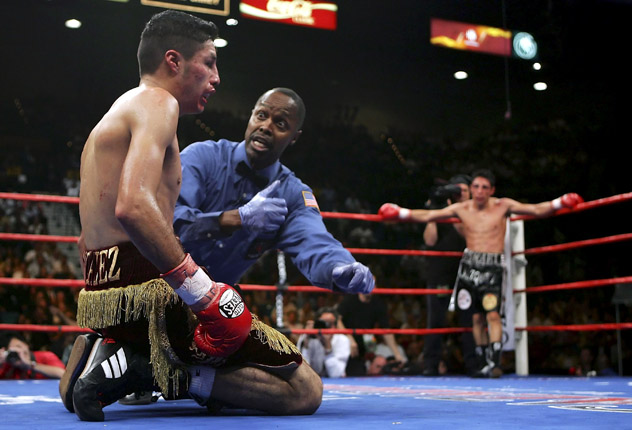 Looking back there was one opponent Vazquez wished he had been able to share a ring with.

“Juan Manuel Lopez before his losses, he was a fighter of great caliber,” he said. “Mexico vs. Puerto Rico – that would have been an amazing fight for me.”

Vazquez, now 37, has enjoyed the fruits of his labor with his wife and three children. However, like an itch that needs scratching Vazquez felt the lure to come back to boxing. He is now in the process of passing on his 20 years of experience at his Magnifico Boxing Gym in Southgate, California, to youngsters while also assembling his own stable of fighters.

Vazquez took time to talk about his career and the best fighters he met in 10 key categories.

BEST SKILLS – Rafael Marquez: Coming from the school of Nacho Beristain, he was very defensive, always trying to counterpunch. He was very effective with his left hand and from distance as well. I would try to disarm the left hand that he had. Those were the qualities Rafa had that definitely show him as a very good fighter.

BEST JAB – Jhonny Gonzalez: His strategy and how he used the jab, he would always use it to get his distance. It took me a little while to decipher the way he was fighting but finally I was able to figure him out and win the fight. It was definitely that jab and going through it was the toughest part about fighting Jhonny.

BEST DEFENSE – Oscar Larios: I think his stature and reach was one thing that was really a problem fighting him … the distance and to penetrate it was very difficult with Larios. 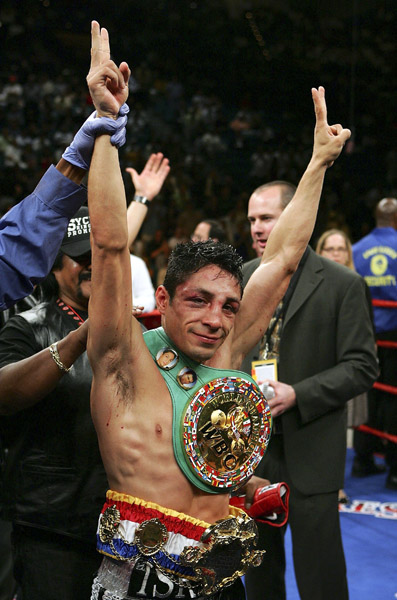 BEST CHIN – Jorge Eliecer Julio: I was his sparring partner when he was champion at 118 pounds. I knew him really well as a fighter. No matter what I did in training preparing for that fight, the harder I hit him, he would take those punchers. The type of punches I threw would normally rock someone or knock them out — with Julio he would just stay there and take it.

BEST PUNCHER – Marquez: All fighters are difficult and they have their own styles. All the fights I had with Rafa his shots were like being hit with a mallet in the face, a really hard punch. Out of all the fighters Rafa had that power — you could feel it.

FASTEST HANDS – Larios: The advantage Larios had was his distance and height and the hand movement. That’s what made him stand out more.

FASTEST FEET – Larios: He would move around the whole ring, he was difficult because of the foot speed, hand speed, the height, everything together.

SMARTEST – Gonzalez: The biggest factor in fighting him was always figuring out a strategy to eventually take him out. His style was really difficult to figure out.

STRONGEST – Marquez: My best strength as a fighter was always going forward so it was really difficult because as I was coming in. Marquez was really effective with his jab so that was the most difficult part of fighting him.

BEST OVERALL – Marquez: I believe he was the best because he was coming from a good career fighting at bantamweight and because of the connection with his brother, Juan Manuel, he was a very tough fighter.