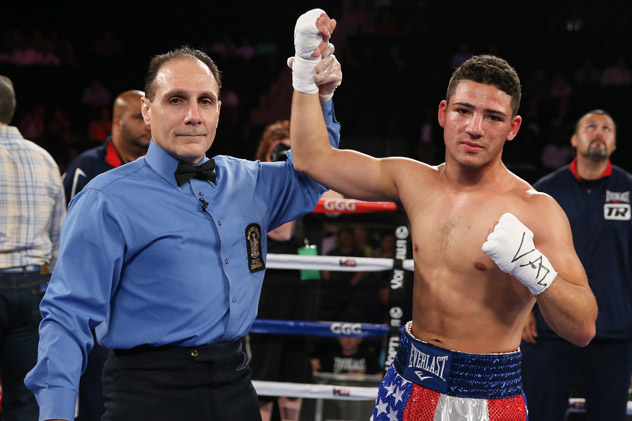 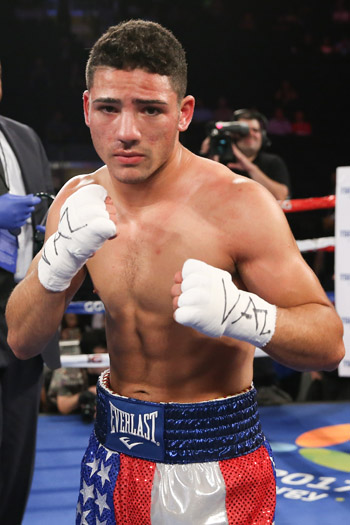 Best night of pro career: Rodriguez has won all eight fights so far at a canter. He feels there are a couple of performances that were impressive for a variety of reasons.

“It’s kind of hard to tell because most of my fights haven’t been long enough to judge from,” Rodriguez told RingTV.com. “My second fight, I went the distance and felt like I looked pretty good.

“My best pro moment … of course the pro debut was special but I really enjoyed my third fight when I fought [in Madison Square Garden]. I was a swing bout and I ended up going on right before the co-main event so it was practically sold out. I had a lot of friends and family watching – my house is close to the Garden. I saw myself on the big screen. It was just a really good feeling and I knocked the guy out in the first round. Everything was great that night.”

Worst night of pro career: Only one of Rodriguez’s opponents has heard the final bell but it’s his fourth-round stoppage win over Christian Steele where he feels he fell a bit short.

“There was one night in [Atlantic City],” he said. “I looked really great and everybody thought I looked great but I believe there was more things that could have been done. I looked great whenever I engaged and countered him whenever he engaged.

“When we reviewed the tape everyone in my camp thought I could have done more things, maybe engaged little bit more. There were some dead spots throughout the rounds and it was because it was a step up.

“Also, Top Rank has been asking me for rounds, so I’m not going to go in there and engage because every time I do that usually it leads to the end of the fight. So I was taking my time and I believe I was doing that a little too much.

Next fight: He’ll face durable Raul Tovar (14-8-1, 4 KOs) on Saturday in Tampa, Florida, in his first scheduled 8-rounder. Their contest will headline this week’s edition of “Solo Boxeo Tecate” on Unimas at 11p.m ET/PT.

The 26-year-old Texan has been stopped just once in eight losses, against once-promising Michael Finney. Tovar lost decisions when he met Jessie Vargas and Chris Algieri.

Rodriguez feels he has a point to prove and welcomes the fight: “I’m not going in there looking to stop my opponent. We’re prepared for the eight rounds; we’ve been training really hard. We watched a lot of video on him; we are prepared for any game plan.”

Why he’s a prospect: Rodriguez had a stellar amateur career, boasting over 200 wins. He always did well at national tournaments.

Rodriguez tried to make the U.S. Olympic team but lost a controversial decision against Jamal Herring.

“I believe that I won that fight in the Olympic trials finals,” he said. “I was up the whole fight on the scorecards and in the last round he managed to pull off something like eight points, which is ridiculous. I believe and everyone who was there believes I won the fight.”

Despite being so young Rodriguez and his team were never tempted to wait for the Rio games in 2016.

“No, even before that we were beginning to realize that in the amateurs there’s a lot of times the judges are not honest, the judges are biased, the scoring system is terrible,” he commented. “Now they’re changing it to more like the pro scoring, but back then before they made the changes it was terrible. Sometimes people would win the fight blatantly and they gave it to the other person.

“We took everything into consideration, we waited for a couple more bad things to happen to us and we told everyone we were ready to turn pro.” 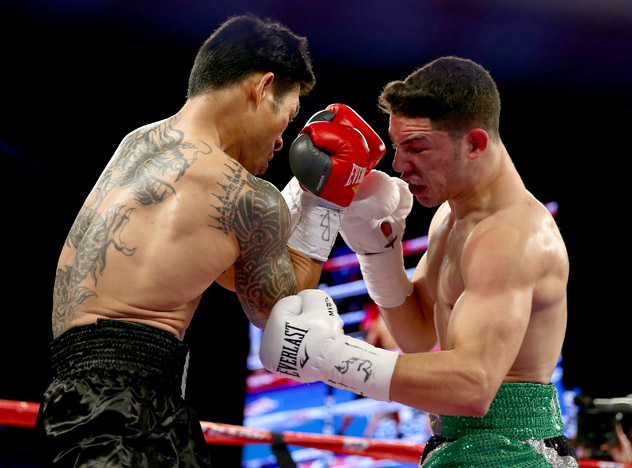 However, it is his work with Manny Pacquiao that really stands out. The two sparred every other day for a month in preparation for the Filipino superstar’s rematch with Tim Bradley.

“I did really, really well and he acknowledged it,” said Rodriguez. “That in itself gave me a lot of motivation, being able to live up to what they wanted me to do. Being there I was like, ‘Wow, he chose me.‘ Obviously Freddie Roach and Top Rank had a lot to do with it. That made me train 110 percent. They just wanted me to do the best I can to help Manny Pacquiao.”

Rodriguez considers his biggest strength to be his ring IQ.

“There’s a lot of people who have natural speed, natural strength, but it’s how you use it,” he said. “Most of my fights I’ve been going forward, pressing the action because I have the opening. No one has really seen me box and I box really well. There’s always room for improvement but I’m very diverse when it comes to styles and game plans. I know how to react to certain movements and how to read my opponent well.”

“Julian is just a pleasure to manage,” said Lynch. “He’s got such a bright future, he’s so dedicated to the sport. All he does is boxing and his music. He comes from a great family, well grounded and he’s got all the talent in the world, he’s a super-huge puncher.

“At this point in his career he’s probably the most talented fighter I’ve been involved with. Obviously, Arturo went on to be a superstar. It remains to be seen with Julian but he has all the tools to do that, there’s no doubt in my mind.”

Why he’s a suspect: Rodriguez is still in the early stages of his career but seems to be destined for the top. No apparent weaknesses have come to the fore as yet. He claims to have never been down and was only cut once, several years ago in sparring.

However, there are areas Rodriguez believes he needs to improve on to reach the top of the sport.

“I think more movement. We’ve been working on my footwork the past two, three years,” he said. “It’s not my worst attribute but it’s something we want to make an asset. What separates the great from the good fighters is not only their intelligence in the ring but their footwork.

“When I was in there sparring with Manny Pacquiao he had power and speed but what made him special and really hard to adjust to was his footwork. He would throw three, four punches, I would blink and he’d be on the other side of the ring.”

Story lines: When he was young, Rodriguez went to the boxing gym with his father, who trained there, while his mother went to school to become a beautician. Initially Julian just watched, then he decided to give it a go.

“I would just sit there and watch him for a couple hours,” he said. “One day I didn’t feel like sitting there and started hitting the bag and working out. I wasn’t taking it serious but the coaches were telling me you have a natural talent for someone who’s never even trained before.

“That gave me motivation to pursue the sport seriously. They put me to spar with someone after a month who had trained for a while and I really busted him up. I was like I want to do this, If I did that and haven’t been training, imagine what I could do if I’m training 100 percent every day.”

He began his amateur career when he was 8 years old. By the time he reached 10, he was rated No. 1 in the country and he couldn’t get any local fights because he’d made a name for himself.

He feels he came into his own when he was 12 – he weighed 106 pounds and sparred with then-IBF flyweight champion Carlos Tamara, a Colombian based in New Jersey: “I took a lot of beating from that guy when I was little. That’s what made me better, it taught me a lot of things.”

Rodriguez has a younger brother and sister, neither of whom are interested in boxing. He enjoys making music in the studio he has at home, as well as drawing.

He has several boxing heroes, including Joe Frazier and Salvador Sanchez; today he likes Manny Pacquiao, as much for the way he handles himself outside of the ring as inside it.

He was keen to get across that while he considers himself American, he wears an Irish t-shirt into the ring paying homage to his late grandfather, who was of Irish decent and one of his biggest supporters before passing in 2013.

ÒÇÇ
Questions and/or comments can be sent to Anson at [email protected] and you can follow him at www.twitter.com/AnsonWainwright