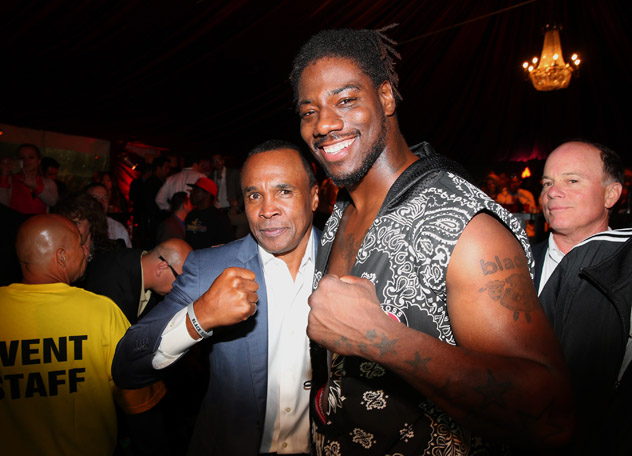 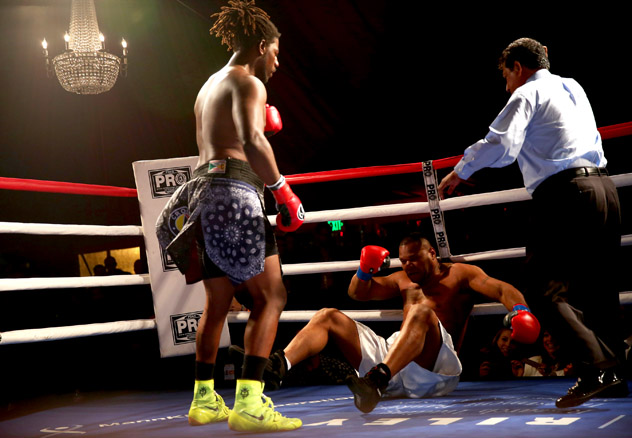 Charles Martin (L) stands over Rafael Pedro in the first and final round of their May 20, 2014, fight. Photo by Mark Davis/Getty Images.

With a possible high-profile fight coming his way in the spring, unbeaten heavyweight Charles Martin returns to action this Saturday night.

Headlining the “Iron Boy 19” card, Martin will fight Raphael Zumbrano Love in a 10-round bout at the Celebrity Theatre in Phoenix, Arizona.

Martin (19-0-1, 17 knockouts) is originally from Saint Louis and now lives and trains in the Los Angeles suburb of Carson. He is trained by Henry Tillman.

In his last bout, on Jan. 9, Martin knocked out Damon McCreary in the first round to gain his ninth consecutive stoppage.

Three fights before that Martin knocked out then-undefeated Southern Californian Alexander Flores in the fourth round and is now ranked No. 5 by the WBO and No. 9 by the IBF.

Rumor has it that Martin could fight on a high-profile card sometime in the spring should he come out victorious on Saturday.

The Brazilian-born Love (35-9-1, 28 KOs) has split his last six fights. In his most recent bout, on Jan. 17, he was stopped in the eighth round by fringe contender Eric Molina.

The Martin-Love bout, along with a handful of other fights on the card, will be streamed live and free on ironboyboxing.com, beginning at 7 p.m. Pacific Standard Time.

Francisco A. Salazar has written for RingTV since October of 2013 and has covered boxing in Southern California and abroad since 2000. Salazar also covers boxing for the Ventura County (CA) Star newspaper, Boxingscene.com, and Knockout Nation. He can be reached by email at [email protected] or on Twitter @FSalazarBoxing