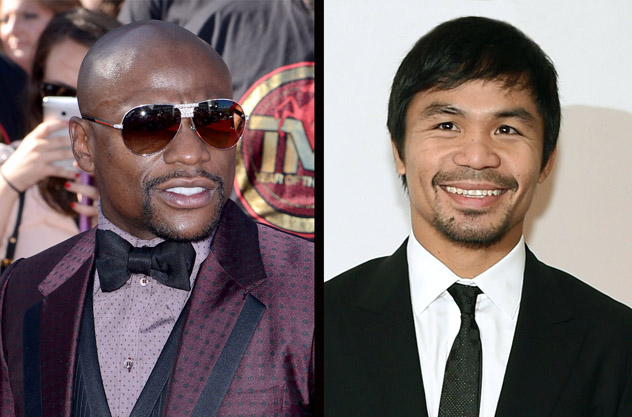 C’mon guys, who wants some of this? I’m an old dog. 41. Stiff joints. Bark has faded, bite has diminished.

This is the aura that Cornelius “K9” Bundrage, who holds the WBA 154 pound crown, wants to give off.

Thinks it might help him lure one of those bold-faced names he wants to rumble with into the ring with him.

Now, does he really feel like a fistic graybeard, are his joints screaming from glocosomine chondritin?

But he knows the window isn’t staying so open for so much longer, and he knows he has something that some people want, the IBF’s 154-pound crown.

But do the people he wants to want it, want it?

Bundrage (34-5, 19 knockouts), who beat Carlos Molina (22-6-2) last October in his last outing to win the IBF belt, is a Michigan resident who lives with his wife Shawana, and three kids, age 14, 5 and one year old. The veteran is aiming for big game.

He wants Miguel Cotto to try and take that crown from him. Or Tim Bradley, that would be a prized catch.

“I’m at the champion of the world,” he told RingTV.com on Thursday night, ” if you want to be the best, you got to beat the best.”

The best at junior middleweight is actually Floyd Mayweather Jr., if he wants to campaign there. And Erislandy Lara, the Cuban slickster, holds a WBA lesser belt, while Demetrius “Boo Boo” Andrade holds the WBO version. He’s no slouch, a young gun who is set to announce his next scrap very soon.

“I’m in the best position,” Bundrage continued. “These big names are around, and I’m 41, and I’m very, very, very attractive to them.”

The wife functions as his manager, so I hopped on the horn with her. Sixteen years they’ve been an item, married for nine, she said. Mostly she calls him “K9,” and “Cornelius” when he forgets to take the garbage out, and “champ” quite often as well.

She told me that fights with Cotto and more likely Tim Bradley could get made. She’s had some contact with Team Cotto, and a bit more with Team Bradley, she said.

A source at Top Rank, who reps Bradley and promotes most of Cotto fights, said one of their guys tangling with Bundrage isn’t out of the question. Could his asking price, though, remove him from the mix, was something that would have to be examined, that person said.

The WBC sent out a release on Thursday early evening which mentioned possible activity for Cotto, with no mention of the Michigander.

“Possible opponents for Cotto are Timothy Bradley and Erislandy Lara,” read a portion of the WBC release. “The fight is scheduled for June at a venue to be determined.”

Cotto and Bradley were on a collision course back last December before it went off the rails, so we can see it being clipped back on the track.

The nickname “K9” by the way, is self bestowed, something he came up with the stand out from the pack, and inject some fear into other madder-dogs in the surly streets of ‘Dee-troit.’ Him and a cousin used to rap a bit, so it worked in that arena. The boxer has been a pro since 1995; the wife told me that his ideal gig is against an elite on the Mayweather-Pacquiao undercard.

Bundrage promotes himself, so he and the wife are wearing many hats. He was wearing the lite-trashtalker hat, looking to shame a name into a rumble when he told me, “Guys ten years younger than me are running! They won’t want a piece of this! They are scared of a 41 year old!”

Woods is a Brooklyn-based writer who worked at ESPN The Magazine from 2003-2011. He is currently the editor of TheSweetScience.com. Follow him on Twitter if you care to.