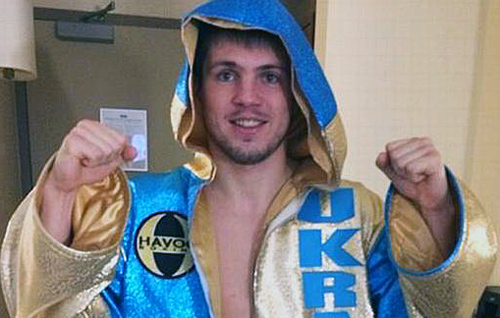 The bout will be part of the ESPN2 “Friday Night Fights” telecast that will take place March 6 at the MGM Grand in Las Vegas, Nev.

The Ukrainian-born Khytrov (8-0, 8 knockouts) has scored impressive stoppage victories in recent fights. In his last bout on Jan. 9, Khytrov stopped Maurice Louishome in the third round.

Khytrov has demonstrated decent ring generalship but what has stood out in his professional fights has been two-fisted power. His last five bouts have lasted a total of 10 rounds.

After fighting mostly at 154 pounds for most of his career, Melendez (28-4-1, 26 KOs) hopes his power carries over into the middleweight division.

In his last fight on June 7 in New York City, Melendez lost a 10-round majority decision to former middleweight title challenger Javier Maciel.

Also fighting in a 10-round bout will be undefeated former three-time Olympian Rau’shee Warren (12-0, 3 KOs). He will fight Javier Gallo (21-10-1, 12 KOs) in a rematch of a bout that ended in a no-contest from an accidental clash of heads.

Francisco A. Salazar has written for RingTV since Oct. of 2013 and has covered boxing in Southern California and abroad since 2000. Salazar also covers boxing for the Ventura County (CA) Star newspaper, Boxingscene.com, and Knockout Nation. He can be reached by email at [email protected] or on Twitter at FSalazarBoxing