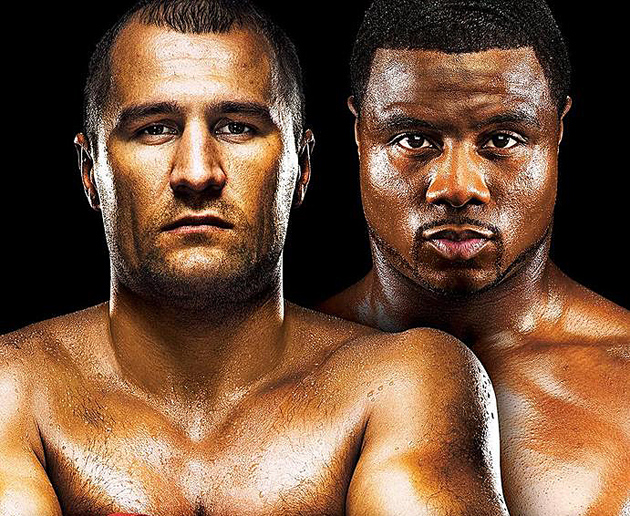 If this was a sparring session, watchers would characterize it as a robust exercise, one that was spirited, but never got out of hand.

They took part in a Tuesday conference call, put together by Main Events, who boasts Krusher under their umbrella, and Interbox. Both men complimented the history and arsenal of their foe, but it was the issue of PED testing which threatened to send the call off the rails.

Pascal has pushed for testing, but wanted it to be performed by WADA, which has administered his tests for a long spell. He said he’d pay for testing, but when Team Kovalev agreed, and said they’d be fine with testing being performed by VADA, Team Pascal balked. So, Main Events’ Kathy Duva said, there will be no testing, beyond what the local commission does, for this light heavyweight tangle.

Pascal proved provocative when he said he sees this tussle as being like Rocky 4, when Balboa took on a Russian automaton, Ivan Drago. Drago killed a foe in the ring, and Pascal noted, a Kovalev foe succumbed from punishment Kovalev dished out to him, in 2011. That was a third-rail sort of question, interesting that he decided to go there, and also that the construct admits that Kovalev’s power is of another level.

Pascal Promotions CEO Greg Leon weighed in on the testing situation. He said he and Main Events attorney Patrick English tried to negotiate PED testing, but that VADA was introduced late, which he didn’t cotton to, and he doesn’t understand why Kovalev needs a specific agency doing testing, when Team Pascal is paying for it. VADA is actually less expensive, and has a track record of busted users, Duva answered.

Both fighters were on the same page when the topic of Adonis Stevenson, who holds a 175 belt, was brought up. Pascal said he thinks Adonis will dodge him, and Krusher was succinct when asked if he thought Stevenson would glove up against him. “I don’t care,” he replied, stating that he wanted to focus on the task at hand.

The call almost got into another zone when Pascal said he was disappointed in no stringent testing. Duva defended her guy, declaring him “clean, very clean,” but held her tongue and composure, after defending VADA, when Pascal derided that organization. Essentially, they agreed to disagree.

I expect portions of the action on March 14 to reach an even more fiery level than the taste we got on this call. RingTV.com readers, who do you like on March 14?

Michael Woods is a Brooklyn resident who has been editor of TheSweetScience.com since 2007. Formerly at ESPN The Magazine, Woods also does on camera blow by blow and analysis on a freelance basis. Follow him on Twitter.