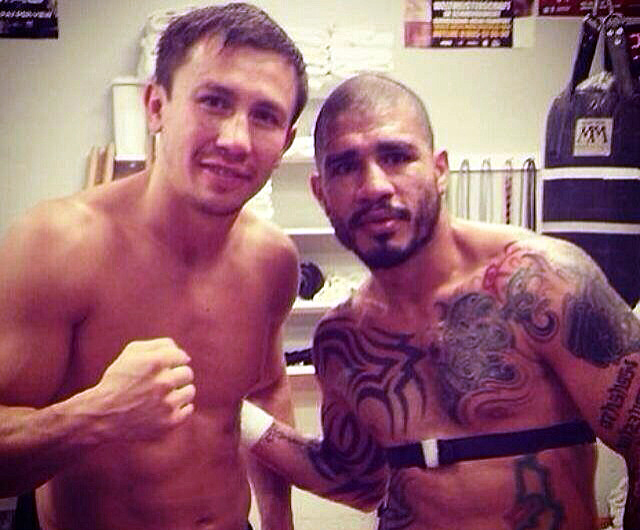 Now that Gennady Golovkin has done the expected, and dispensed with another foe, this time the most worthy adversary Martin Murray, our focus turns to his next date, which is targeted for May 16, or, perhaps, June.

“Good Boy” barraged the Brit Murray with an array of filthy shots from the start, and while Murray tasted canvas twice in the fourth and again in the 10th, nobody but a perverted sadist would opine that the “loser” didn’t more than earn his keep in Monaco.

The HBO crew – Jim Lampley, Max Kellerman and Roy Jones called the tussle, which saw Triple GGG raise his record to 32-0 (29 KOs) – wondered aloud if the fact that the pride of Kazakhstan didn’t dispatch Murray earlier might help lure some foes to signing on with him.

Here’s hoping, as Golovkin is the sort who even confident folks are forced to take hard looks at themselves and admit they can’t deal with THAT, that a few fighters found themselves emboldened by the length of the contest.

Golovkin post-bout told Kellerman he’d love a unification tangle with Puerto Rican icon Miguel Cotto. RingTV.com reached out to Cotto advisor Gaby Penagaricano to see if THE RING/WBC middleweight champ would be open to a tangle with “GGG”?

“Everybody likes to call out the big names!” Penagaricano told me. “But of course it is possible for the future. We’ll see down the road.”

Doesn’t sound like that meshes with a May open date for the supplier of Big Drama Show.

Golovkin trainer Abel Sanchez, a few hours after the victory, said he hopes Team Cotto takes to the pairing.

“Cotto has no opponent for his next fight,” Sanchez told RingTV.com after the Round 11 takeout. “New York would be great this summer for a showdown for the WBC belt (held by Cotto) and to see who is the best middleweight in the world.”

“Everyone at 160 is in the mix,” he said. “We just focused on Murray and then we see the biggest name that is willing to get in the ring with GGG.”

One name that popped up post-fight was Julio Cesar Chavez Jr. The son of the legend Tweeted hard at Golovkin: “Without his power he’s not that good of a boxer. I’ll bet you GGG a million dollars of the purse that I’ll knock you out if we fight. Come to my weight class GGG.”

Loeffler countered: “Yes, great Tweet from him. It would actually be better if he agreed to fight instead of Tweet. If he beats (his next scheduled foe Andrzej) Fonfara, it would be a great fight with big ticket sales and a big drama show. GGG is ready for June!”

“I’m reading the comments from Chavez wanting to fight (Golovkin). ‘Call Tom Loeffler!’ Barking on social media only makes it seem like they mean it. Like always, it’s just talk.”

Michael Woods worked at ESPN The Magazine and has been editor of TheSweetScience.com since 2007. He resides in Brooklyn, NY. His Twitter is @Woodsy1069