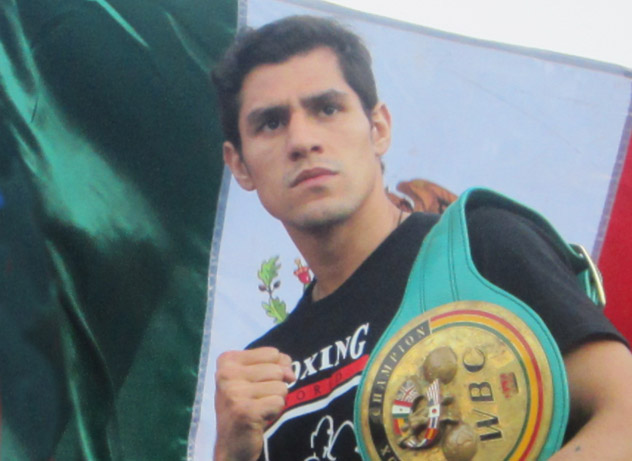 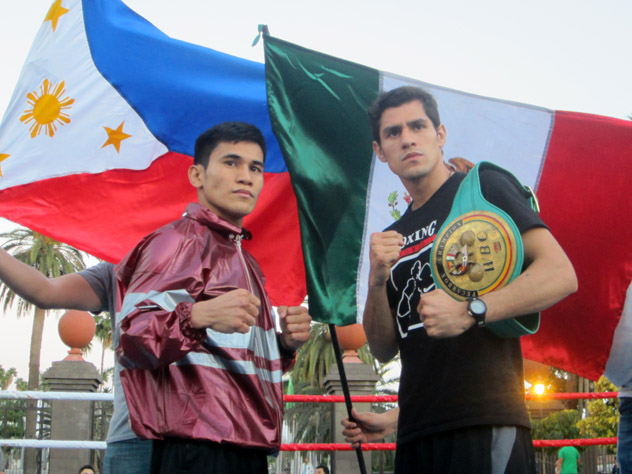 Best night of pro career: Estrella (pronounced “Estraya”) is a little further along than most fighters this article is usually reserved for. The heavy-handed youngster has fought exclusively in Mexico, where he has beaten a couple of noteworthy adversaries.

“My best win was against Dante “Crazy” Jardon,” Estrella told RingTV.com. “All the people were expecting me to lose and they saw I’m a real boxer.

“He was the first [opponent] I didn’t knock down (Estrella won a 12-round decision, 119-109 on all three scorecards). He went out to Japan to get his title shot, OK, he lost. Then he fought against me.

“The second one was against Celestino Caballero. A lot of people know him, he was a two-weight world champion. I knocked him down four times. I think that’s something nobody else has done.”

Worst night of pro career: At this point Estrella is happy with every segment of his career.

“All my fights I have been well prepared,” he said. “I actually felt real good in every fight. I was in great shape. Right now I’m thinking I’m going to the top, I’m growing up, I’m getting more experience. I’m happy with all my performances, I’m happy with my career.”

The well-traveled Aguelo is looking to snap a two-fight trend in Mexico, having lost both of his previous fights there, against Nery Saguilan and Sergio Thompson last year. He has also taken former title challengers Sod Kokietgym and Chonlatarn Piriyapinyo the distance, and was competitive over the full route against then-unbeaten Joel Brunker.

Aguelo has only been stopped once, versus the once-promising Yuandale Evans, who dropped and stopped him in a single round back in 2011.

If Estrella can find a way to end this WBC Fecarbox title fight early it would clearly look impressive.

Why he’s a prospect: Estrella enjoyed a solid amateur career. He won three bronze medals from the Mexican Olympics, he was five-time Nuevo Leon state champion. He also fought internationally in Cuba.

The Monterrey-born fighter believes his greatest strength to be his power: “My left hook is a good punch and my right hand, I can hurt a fighter.”

As is common with Mexican fighters, there are a few wins that aren’t listed on his official record. Estrella says he’s 26-0 (24 KOs).

His trainer, Armando Cerda, is like a second father to him. Cerda trains several up-and-coming fighters and learned about boxing studying the sport in Cuba.

“One of the best principal strengths from him is his power. He hits really hard, like a welterweight,” stated Cerda. “He has good defense. We have been working very hard with him and that’s why he’s been getting better. He’s a very complete fighter.” 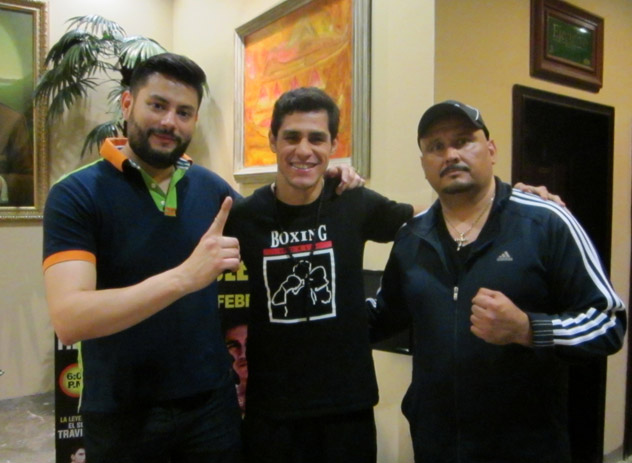 His co-promoter, Mariano De Leon of De Leon Promotions, has known “Diamante” since he was 17 and is very happy with how Estrella is developing. He believes his charge is within touching distance of a world title.

“I see a very talented fighter,” stated De Leon. “He has a lot of power in his fists. He’s hungry to learn and reach the glory.

“He’s very close to winning the world title. He knows it’s not an easy journey and he has to beat many fighters and he has to overcome the challenges he will have, but he’s able to do that. I would like him to have one more fight outside of Mexico and then I’m pretty sure he’s going to be ready for a world title [fight] later this year.”

Oswaldo Kulche of Promociones Del Puebla is partners with De Leon working with Estrella, as well as several other fighters including Pedro Guevara, who won the WBC junior flyweight title last year. Kulche has been around boxing for many years and also works with WBC featherweight titlist Jhonny Gonzalez and another rising star, Rey Vargas. Kulche echoes his partner’s words.

“I really respect Adrian, he is one of a kind,” stated Kulche. “I have known hundreds of fighters and they’re not as disciplined as Adrian. He is mentally unbreakable. His training is unbelievable, he combines it all: nutrition, science, strength, all of it. He just needs more experience to get to the level his mind is. I don’t see him losing to a 130-pounder. When I met him to sign a promotional contract I just couldn’t believe he was a 130-pounder, he is physically bigger and very intelligent and 100 percent focused on what he wants to accomplish in boxing.”

Why he’s a suspect: At this point there doesn’t look to be any significant area of weakness in Estrella’s game. He’s never been cut or dropped as a pro or amateur.

There are always areas a boxers can improve on, though. Estrella is no different.

Cerda has worked with Estrella since he was 14 and doesn’t feel his charge has any areas of weakness.

“He doesn’t have issues with his boxing skills,” said Cerda. “He only needs to train with better boxers.”

Storylines: Unlike many Mexican fighters Estrella did not grow up in poverty. It wasn’t out of necessity that he took up the sport at 12 years old. Rather than him seeking out boxing, boxing found him.

He grew up with two older brothers, neither of whom boxed. His family didn’t initially want him to take part in the sport.

“My family thought boxing wasn’t a good career choice,” stated Estrella. “My father used to like football and soccer more but right now he is one of my biggest fans.”

Estrella speaks excellent English because during his younger days he spent many summers’ holidays in Texas. He has family in the boarder town of Laredo and lived in Fort Worth and Dallas. He has American citizenship.

Estrella hopes to follow in the footsteps of other Monterrey-born champions, including former 1950s lightweight champion Lauro Salas; Clemente Sanchez, who held the WBC featherweight crown in the early 1970s; and most recently Estrella’s friend, Francisco Rodriguez Jr., who last year held the IBF and WBO 105-pound titles before vacating to go up in weight.

His current goal is to be a world champion at junior lightweight. Currently he is rated No. 6 by the WBC, whose belt is held by Japan’s Takashi Miura. Estrella doesn’t see fighting overseas as a problem.

“I just want to be there for one month before the fight. People in Mexico see you as a hero if you win a world title away from home.”

He currently attends the University of Nuevo Leon, where he studies international business.

He says he loves what he does and sometimes visits local schools to speak to the children. He’s keen to get across to them that they have to do what they want to do and what makes them happy.

ÒÇÇ
Questions and/or comments can be sent to Anson at [email protected] and you can follow him at www.twitter.com/AnsonWainwright