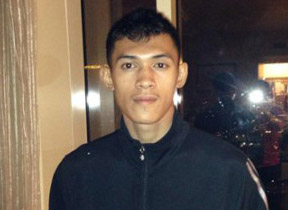 Dela Torre (14-0, 9 knockouts) of General Santos City, Philippines, is expected to travel with co-manager Jim Claude Manangquil to Las Vegas in March to meet with Judah and his partner Bill Halkias to discuss plans for the 20-year-old boxer’s career.

“We’re very happy to welcome Harmonito to the family. We’ve got big plans for him,” said Judah, a former junior welterweight and welterweight champion. “He’s a solid young kid. From the time I’ve seen him. I was like, ‘This kid is dope.’ The last four fights were all knockouts. You can’t front on that.”

A former member of the Philippine national amateur boxing team, Dela Torre turned professional in 2012 and first gained international recognition in 2013, when he opened the show for Manny Pacquiao’s bout against Brandon Rios in Macau.

Developing a pro boxer in a country with very few fighters active above the bantamweight division is difficult, which necessitated Dela Torre’s move to the United States. The plan is to base him out of Las Vegas, where Judah has lived and trained for several years.

“Zab’s influence is big as we all know. He has big connections as an elite fighter and he is really interested with Harmonito,” said Manangquil, who also promotes junior flyweight contender Randy Petalcorin.

“I’ll just be guiding him with the experiences that I’ve been through,” said Judah. “I’ve been in numerous championship fights, different promoters. I’ve probably worked with every top boxing promotion there is. I want to help these guys go through shortcuts so they don’t have to go through so many problems.”

Manangquil says he hopes Dela Torre will fight three times in 2015, and as early as May.