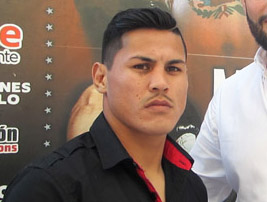 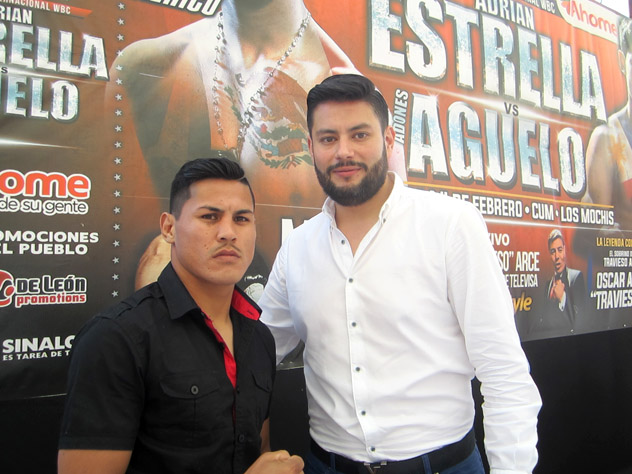 On Saturday evening Miguel Roman will enter the ring for the 60th time as a professional prizefighter when he faces Adrian Verdugo. They‘ll meet at lightweight in a scheduled 10-round special attraction in Los Mochis, Mexico.

“I feel great for being in boxing for so many years,” Roman told RingTV.com through junior lightweight Adrian Estrella, who headlines on the same card. “I feel more confident because of my experience. Right now, it’s different from when I was younger.”

Born in the Texas-border town of Ciudad Juarez, Mexico, Roman turned 29 last November and has boxed professionally since he was a teenager.

From the beginning of his career he has been matched tough. In just his ninth fight he fought former world-title challenger Cuauhtemoc Gomez, who was on a lengthy losing streak but still a veteran of 66 fights at the time.

Roman suffered the ignominy of a trip to the canvas in the second round before stopping the wily old veteran in the 10th frame. They met twice more; Roman would win both times.

Tough love from his handlers has never deterred Roman.

“I’m happy that I have good experience from fighting tough fighters,” he said. “I know I am ready for everything and everyone. I think all the opportunities I have had, maybe they were really tough but every time I have been in good condition, I have always done my best.”

Roman is confident of victory on Saturday: “I’m prepared for this fight, I’m sure I’m going to win.”

Previously, “Mickey” has come up short when he’s stepped up to the top table. In 2012 he was stopped for the only time in his career when he met Antonio De Marco for the WBC lightweight belt.

He hopes a victory against Verdugo (22-9-1, 19 KOs) will be rewarded another world-title opportunity.

“I’m looking for a title fight this year,” stated Roman, who’s on a 10-fight winning streak. “That’s what a lot of boxers are looking for. I have been fighting for titles but I didn’t have the best result, but this is going to be my year.

“I’m not looking for anyone special but I would like to fight for the WBC title. That’s my dream, that’s the title I want to win.”

The WBC lightweight belt is currently held by Jorge Linares, who knocked out Verdugo in 2011 but was himself stopped by De Marco in his very next fight.