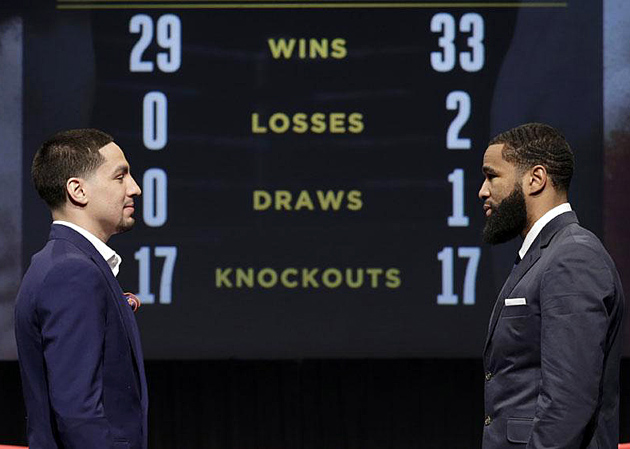 It was not announced if the fight between Garcia (20-0, 17 knockouts), THE RING junior welterweight champ and holder of the WBC and WBA belts, and Peterson (33-2-1, 17 KOs), the IBF titleholder, will be a 12-round 140-pound championship bout. Both fighters have said that the fight could be a 10-round non-title bout contested at a 143-pound catchweight.

Both bouts will be televised live on NBC at 8:30 p.m. Veteran broadcaster Marv Albert will do the blow-by-blow call of the alongside analyst hall of famer Sugar Ray Leonard. Veteran commentator Al Michaels will host.