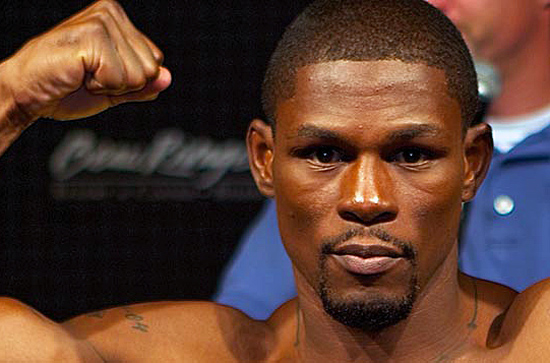 Former undisputed middleweight champion Jermain Taylor, who is facing charges in two gun-related incidents, could be released on bond but mandated to wear an ankle monitor, receive counseling and submit to random drug and alcohol testing, according to an Associated Press report citing a psychiatrist who evaluated the boxer at his attorneys’ request.

The IBF stripped the then-jailed Taylor of his 160-pound belt and ordered its Nos. 1- and 2-ranked contenders, Hassan N’Dam and Felix Sturm to fight for the vacant title. But after Sturm passed up the opportunity, the IBF designated England’s Billy Joe Saunders as the man to face N’Dam.

Taylor, 36, had been inactive after having been ordered to undergo a mental evaluation related to his two arrests – in August for shooting his cousin and again last month for pointing a gun at a man’s head and threatening to shoot three small children at a Martin Luther King Jr. day parade in Little Rock, Arkansas.

Dr. David Streett of Rivendell Behavioral Health Services testified that the boxer’s lawyers had requested for him to be admitted to the hospital and evaluated over “concerns he was not really stable to be outside a hospital,” the Arkansas Democrat-Gazette reported.

Streett said Taylor has likely suffered brain damage from his boxing career, which makes it difficult for him to control himself when using alcohol or marijuana. The psychiatrist also said Taylor has no one in his life who he feels he can trust, according to the AP.

Taylor, nevertheless, was described as being “a perfect gentleman” who wanted to change his life for the better while hospitalized, Street said. Taylor will remain hospitalized and in custody until a doctor’s written findings and a treatment plan for Taylor are received, which could take weeks, according to Johnson.