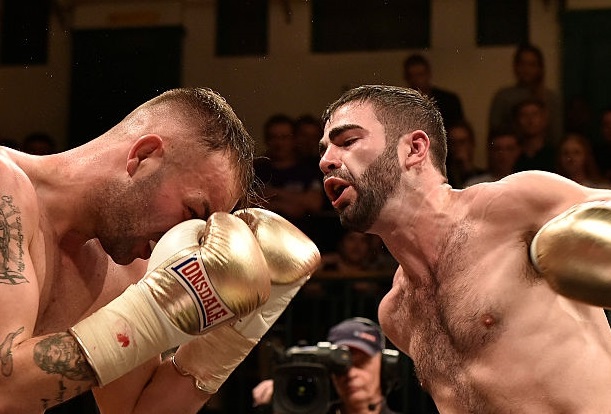 Carroll (6-0, 1 KO) was last in the ring for a split decision victory over Stephen Foster to win “Prizefighter” in December and is scheduled for an April 11 card in Leeds, England, according to Hearn.

Saunders is the 23-year-old brother of junior welterweight prospect Bradley Saunders (11-0, 8 KOs), who signed a long-term promotional deal with Hearn in November and will debut Saturday on a Matchroom “Fight Pass” show in Gateshead, England.

Jeff is also scheduled to appear on an April 4 card alongside Bradley, 29, and undefeated 2012 Olympic gold medalist, heavyweight Anthony Joshua, according to Hearn.

“I’m delighted to welcome Jono and Jeff to the team. Jono has already shown unbelievable promise by capturing the lightweight Prizefighter trophy in December and now, we will see him return to super featherweight to campaign for major titles,” said Hearn.

“He has an exciting style and plenty of personality and I think Irish boxing has a real gem in Jono. Jeff debuts this Saturday on a Matchroom Fight Pass show and anyone who knows the amateur game will know his potential. We have huge plans in the North East and I am sure Jeff will follow in brother, Bradley’s footsteps in rising up the domestic and world rankings.”