Adrien Broner: ‘I definitely will be world champion at 140 pounds’ 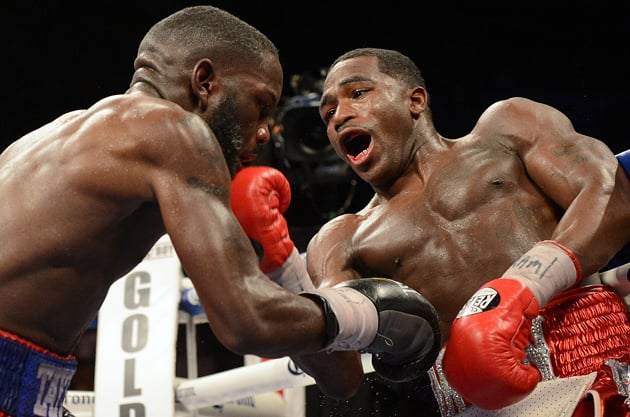 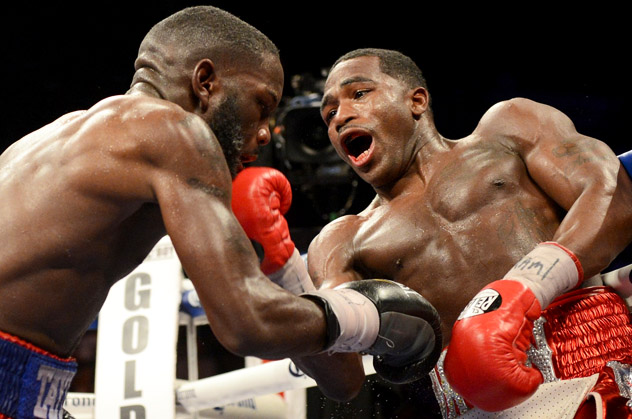 Although Adrien Broner will be after his third straight win as a junior welterweight when he meets rugged John Molina Jr. on March 7 at the MGM Grand in Las Vegas, the 25-year-old has much loftier goals beyond just one more win.

A three-division titlist nicknamed “The Problem,” Broner (29-1, 22 knockouts) won a unanimous decision victory over Emmanuel Taylor in September that represented his second consecutive 140-pound triumph since losing his WBA 147-pound title by unanimous decision to Marcos Maidana in Dec. 2013.

Before losing to Maidana, Broner had also earned title belts at 130 and 135 pounds.

“I definitely will be world champion at 140 pounds one day,” said Broner, who unanimously decisioned Carlos Molina last May before facing Taylor, “but I have to win this fight in order for that to happen.”

Broner-Molina is part of the debut of NBC’s new boxing series titled, “Premier Boxing Champions” (“PBC on NBC”), that is part of a multi-year deal between the network and adviser Al Haymon. The other bout in the doubleheader matches RING No. 7-rated welterweight Keith Thurman and RING No. 8 Robert Guerrero.

“I’m still a lightweight. I’m going to 140 pounds now and it will show March 7,” said Broner. “My main task is getting my victory and looking good doing that. I just hope John Molina’s ready. It’s going to be fun.”

In June 2013, Broner jumped two weight categories for his 147-pound debut with a split-decision victory that dethroned Paulie “The Magic Man” Malignaggi for the division’s WBA belt.

Molina (27-5, 22 KOs) is attempting come back from two straight losses, having been unanimously decisioned by former lightweight titleholder Humberto Soto in September and knocked out in the 11th round by Lucas Matthysse last April.

Molina, 32, is 3-4 with three knockouts in his past seven bouts, the first of which was a 44-second stoppage loss to DeMarco in Sept. 2012. During that time, however, Molina has also scored impressive knockouts in the fourth round over Dannie Williams in Jan. 2013 and previously undefeated Mickey Bey in the 10th and final round in July of that year.