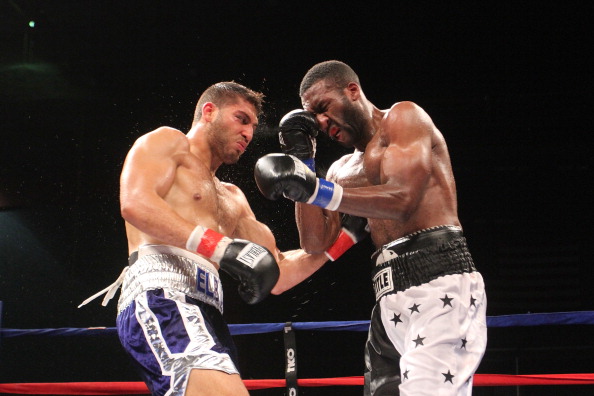 On Friday, light heavyweight prospects Ahmed Elbiali and Dustin Craig Echard will meet in a clash of unbeatens in support of middleweights Sergio Mora and Abraham “Abie” Han at the Beau Rivage Resort and Casino in Biloxi, Miss, according to a release.

“I want to continue to get better with each fight. I’m always throwing hard punches and the knockouts are happening,” said Elbiali (8-0, 8 knockouts), 24, who has gone four rounds once, three rounds twice and has stopped his remaining five opponents in the first round.

“I don’t want to rely on my power every time I step in the ring. I know if I start headhunting, then I’ll be doing myself a disservice. I want to keep improving on my body punching and head movement. If I see my opponent is in trouble, then that’s when I’ll try to end the fight.”

Elbiali was last in the ring for a third round knockout of Lawrence Blakey in December that followed a 70-second stoppage of previously unbeaten Dakota Dawson in October. Elbiali scored two knockdowns against Dawson and three against Blakey.

The 28-year-old Echard (10-0, 7 KOs) has scored consecutive third round technical knockouts over Eric Watkins in January 2014 and Jason Pauley in November, dropping Pauley in the second round.

“I know with Al Haymon steering me in the right direction, I can become a household name in this sport,” said Elbiali. “If I can have a strong outing in 2015, I know there will be opportunities for me to capture the fans’ attention. I just want to keep fighting on a regular basis and make some noise in the light heavyweight division.”