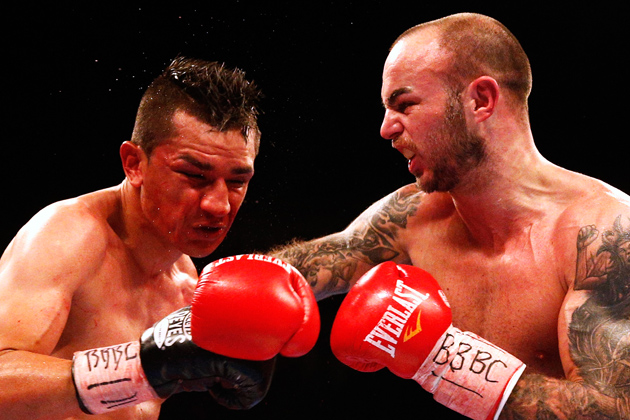 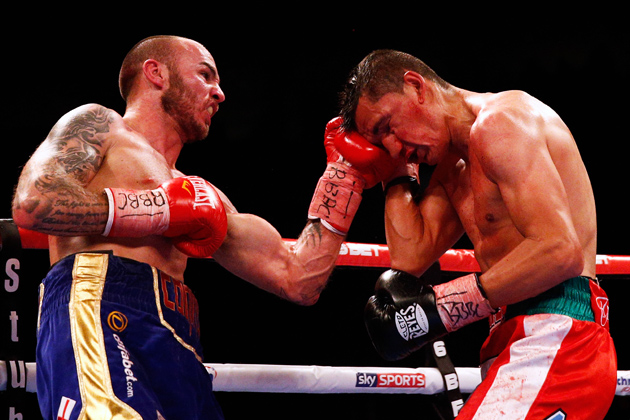 Former British and Commonwealth junior lightweight champion Kevin Mitchell turned in what was arguably a career best performance by stopping tough Mexican Daniel Estrada in the eighth round of a scheduled 12 in London on Saturday night at lightweight.

Mitchell (39-2, 29 knockouts) decked his man with a flush right in the third and was a punch or two from finishing with a vicious follow up attack.

The visitor could land nothing of consequence from the outset and when a sharp left uppercut had Estrada tottering, in round eight, referee Ian John Lewis wisely halted the action.

New WBC lightweight titleholder Jorge Linares could be next for Mitchell who appeared reborn before a raucous home support.

“It was the best I ever fought,” the elated victor told Sky Sports in the UK. “On this form, I’m unstoppable.”

Estrada, THE RING’s No. 8-rated lightweight, was coming off a ninth-round knockout loss to Omar Figueroa, last August, but was still expected to give Mitchell all he could handle.

Trained by Nacho Beristain and promoted by multi-weight world champion, Juan Manuel Marquez, the Mexican slugger appeared very confident during the buildup. Nicknamed “Tremendo,” he was anything but.

The consensus is that Mitchell, thus far, belongs in the category of promise unfulfilled. Australian pressure fighter Michael Katsidis stopped him in three rounds in 2010 and two years later he lost in four to former rival, and now stablemate, Ricky Burns when he challenged for the WBO title.

Estrada weighed in at 134.5 pounds with Mitchell a half pound less.