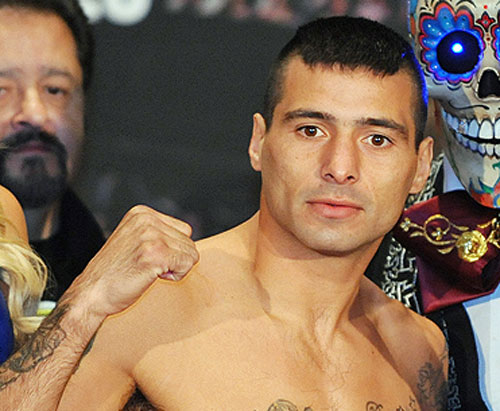 Talks are ongoing for a junior welterweight bout between top contenders Lucas Matthysse and Ruslan Provodnikov on March 28 at the StubHub Center in Carson, Calif., according to Provodnikov’s promoter, Artie Pelullo of Banner Promotions.

Golden Boy Promotions President Oscar De La Hoya, who recently signed Matthysse (36-3, 34 knockouts) to a five-year extension, characterized the clash with Provodnikov (24-3, 17 KOs) as “one of those Fight Of The Year candidates.” Golden Boy Vice President Eric Gomez has also been involved in the discussion, Pelullo said.

“Oscar has told you correctly. Oscar and I and Eric Gomez have agreed to do a Provodnikov-Matthysse fight. What we’re working on now is finalizing details and going forward,” said Pelullo. “I can confirm that I’m talking to Oscar and Eric Gomez about putting on a fight between Provodnikov and Matthysse on March 28, and we’ve reserved the StubHub Center in Los Angeles.”

In his previous fight in June, Provodnikov lost his WBO junior welterweight title by split decision to Chris Algieri after having won the belt by 10th-round stoppage over Mike Alvarado, whom he dropped twice in October 2013.

“We’re just in negotiations and we’re in the process. Provodnikov’s promoter is taking the lead, so we’re waiting to see. It’s a matter of time before that fight gets done,” said De La Hoya. “That should be one of those Fight Of The Year candidates. The talks are underway, and the talks are continuing, so I’m optimistic that that fight will get done.”

Although a deal has been reached for THE RING’s No. 1-rated junior middleweight Canelo Alvarez (44-1-1, 31 KOs) to face hard-hitting southpaw James Kirkland (32-1, 28 KOs) on HBO, the site and date won’t be determined until a resolution is reached in the ongoing negotiations between Floyd Mayweather Jr. and Manny Pacquiao, De La Hoya confirmed.

The Alamodome in San Antonio and the Thomas & Mack Center in Las Vegas are reportedly in the running.

“The sites would be Las Vegas or San Antonio,” said De La Hoya. “But we don’t have a specific date because obviously everybody is waiting to see if Mayweather is going to fight Pacquiao.”