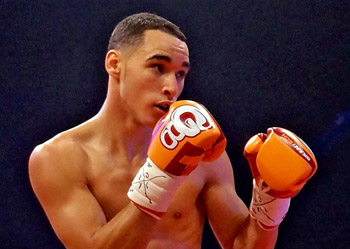 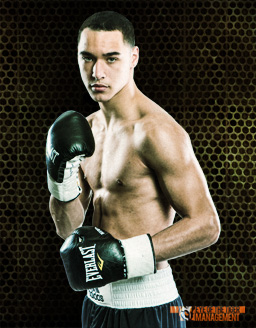 Best night of pro career: So far Butler has beaten all nine opponents without much of a problem. He is very much a work in progress and couldn’t pick a favorite win.

Worst night of pro career: The early stages of a prospect’s career are more challenging mentally than physically. They have to deal with the pressures of the sport and that can be hard at a young age.

Butler says his second outing, when he met Roody Rene in his home region of Quebec, was just such an occasion.

“He had a weird style and I had a hard time adapting,” he said. “Also, I put a lot on pressure on myself since I had a big crew coming to see me. I was too anxious to knock him out and threw my punches too large.”

Next fight: On Saturday Butler meets Lukasz Janik (12-8-1, 6 KOs) in Gatineau, Canada. The bout is scheduled for 6 rounds.

The Polish fighter is durable and will be making his third appearance on Canadian shores, having been stopped there in five rounds by Jo Jo Dan in May, and most recently in beating Butler’s stablemate, Yves Ulysse Jr., in an eight-round decision last month. Clearly a stoppage victory would open a few eyes.

Why he’s a prospect: Butler sprang to prominence when he became the youngest ever Canadian National champion, aged 18.

He also won Bronze, Silver and Golden Gloves, was three-time champion of Quebec, Adidas Cup champion, and he won the Poland vs. Canada tournament.

Butler has sparred with several top Canadian fighters including Dierry Jean, Antonin Decarie, Ghislain Maduma, Mikael Zewski and Jo Jo Dan, all of which will aid his progression.

Why he’s a suspect: Butler doesn’t turn 20 until September and is clearly still at the fledgling stage of his career.

He’s getting better with each fight, although at times he seems overly aggressive and looks to hurt his opponent with every punch. As he matures, he’ll learn to settle down more.

Butler’s aggression has seen him caught coming in, sometimes squaring up when he has his opponent against the ropes.

The fighter believes he needs to work on his left hook more to round out his attack.

Storylines: Butler comes from a boxing background; his grandfather Marshall Butler (20-5, 15 KOs) was a middleweight in the 1970s. However, his path into boxing was rather unconventional.

“When I was in fifth grade,” Butler explained, “they labeled me as hyperactive and put me on Ritalin. Today, I’ve found peace of mind through boxing. Even though I played other sports, nothing releases my anger, my energy and provides me with true clarity except boxing. I no longer take meds. The moment my glove makes contact, I am free. Boxing is my new prescription.”

He took up boxing when he was 12. At the beginning he wasn’t taking it serious.

“I decided what I wanted to do in my life and who I wanted to become. I’ve decided that not only do I want to be world champion, I also want to become a boxing legend.

“I started sparring with big names in Quebec … I started to improve a lot and won a lot of important tournaments. Then, my team and I decided it was time to turn pro. After 9 months, I fought 9 times with 9 victories and 8 KOs!”

His manager/promoter, Camille Estephan, was quick to talk up his young fighter.

“Steven Butler is our Sydney Crosby (Possibly the best Hockey player in the world now and perennial NHL all-star for the Pittsburgh Penguins). He’s a first-round draft choice. We are really thrilled that he’s part of Team EOTTM.

“We believe he will be a big part of the future of professional boxing. He will leave a lasting impression on anybody who sees him fight.”